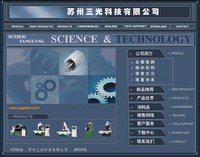 From the EastSouthWestNorth blog:

The Three Alls Policy (Japanese: ‰∏âÂÖâ‰ΩúÊà¶, Sank¬®¬≠ Sakusen; Chinese: ‰∏âÂÖâÊîøÁ≠ñ, S√°ngu√°ng Zh√®ngc√®) was a Japanese scorched earth policy adopted in China during World War II. Although the Chinese characters literally mean “three lights policy”, in this case, the character for “light” actually means “all”. Thus, the term is more accurately translated as “The Three Alls Policy”, the three alls being: “Kill All”, “Burn All” and “Loot All”.

A Japanese corporation has applied for the trademark of Sanguang (‰∏âÂÖâ) in China. That trademark has so far passed the examination by the National Trademark Bureau and has now been published in the public notices. Absent any objections, the Sanguang trademark can be used on medical products as of August 28. As a Chinese consumer, can accept a product known as The Three Alls (‰∏âÂÖâ) made by a Japanese corporation? Presently, the first person to notice this trademark, Ma Peifeng (È©¨ÂüπÂ≥∞), has submitted a letter of dissent to the National Trademark Bureau. [Full Text]

I Love the Chinese Dream; A Coffee, Please, and Cream