What kind of country are we living in ? – Fermi Zhang 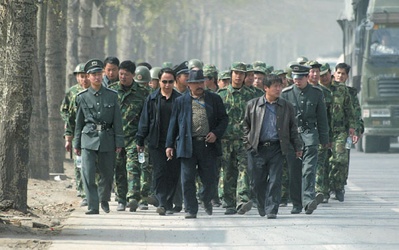 From Dancer in the dark blog (translated by CDT):


This is NOT a film snapshot. It’s bloody news. The mafia-like men are members of the Forceful De-construction Team, whose job is to destroy the privately-owned buildings which are doomed to be removed by the government-related real estate companies. They look as cool as Godfather’s people, don’t they?