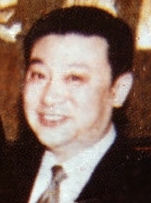 A former Chinese lawmaker was executed Friday in the northeastern Jilin Province after being convicted of bribery, misappropriation of funds, rape, illegal possession of weapons, organized crime and organizing prostitution.

Sang Yuechun(Ê°ëÁ≤§Êò•), former member of the Ninth National People’s Congress, was convicted of taking bribes and misappropriating 120 million yuan (15 million US dollars), but court officials did not provide details of his other crimes.

He was executed following approval by the Supreme People’s Court. [Full Text]