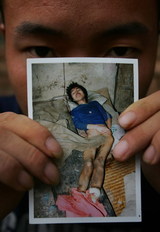 China’s national legislature passed a sweeping new labor law Friday that strengthens protections for workers across its booming economy, rejecting pleas from foreign investors who argued that the measure would reduce China’s appeal as a low-wage, business-friendly industrial base.

The new labor contract law, enacted by the Standing Committee of the National People’s Congress , requires employers to provide written contracts to their workers, restricts the use of temporary laborers and makes it harder to lay off employees.

The law, which is to take effect in 2008, also enhances the role of the Communist Party’s monopoly union and allows collective bargaining for wages and benefits. It softens some provisions that foreign companies said would hurt China’s competitiveness, but retained others that U.S. multinational firms had lobbied vigorously to exclude. [Full Text]