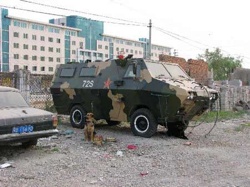 In Chinese, the literal translation for mafia is “Black Society” which means: underground society. But a recent such case in Tangshan city, revealed in the Chinese media, is not so “underground.” According to Chinese People’s Rule of Law Net, police in Hebei province just announced that they are investigating a criminal organization, headed by Mr. Yang Shukuan (Êù®Ê†ëÂÆΩ), whose public identity is the chairman of the board of Huayun Group in Tangshan city. Yang, thirty nine years old, is also a member of the People’s Political Consultative Conference of Tangshan city. According to the report, Mr. Yang and his buddies often drive armored vehicles around the streets of Tangshan. This group possesses four armored vehicles, thirty eight guns, more than ten thousand bullets, and twelve tear gas grenades. However, the report did not mention specifically how it is possible that a civilian businessman can own so much weaponry in plain view, except mentioned one unnamed local police deputy as Yang’s “partner in crime”. Yang’s crime? From extorting 800 million RMB (US$104.9 million) worth of private property to shooting police officers on the street. And this went on for several years.

These photos show some of the vehicles owned by Yang and his group, from sina.com. Read also: Heavily Armed Gang Has Ties With Police Officer on Shanghai Daily.

If this story (according to current Chinese media reports) is true, then, it means in today’s China, in a major city near the nation’s capital, all one needs to do is to buy off a local deputy police chief, then one can possess a large amount of weaponry, and frequently show them on the streets, even shooting at police officers —– is this a nation with basic law and order? …… Any person with normal intelligence will choose not to believe it.

But if this (the Chinese media report) is not the facts, then what is the whole truth? The media said Yang Shukuan was protected by a deputy chief of a division of the Tangshan Public Security Bureau, so who are they really covering up? ……. Using “a deputy of a division of Tangshan police” as a scapegoat, does this mean Yang’s other protectors in higher positions are getting away for free? The public knows nothing about this and no one has given any explanation. [Full text in Chinese is here.] 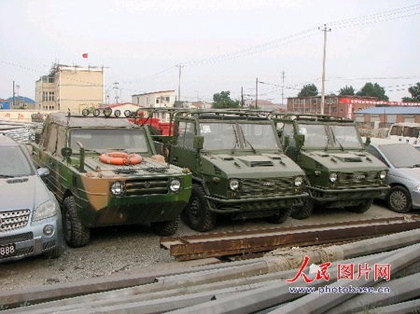 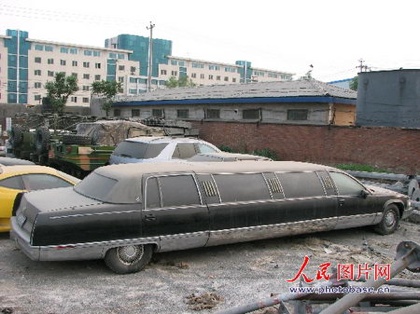