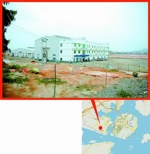 How did a chemical industrial project that “has completed all procedures in accordance with the laws and regulations,” drew investments of 10.8 billion yuan and may bring a GDP of over 80 million yuan to the city be “halted temporarily” as a result of the actions of scientists, Chinese People’s Political Consultative Conference members and broad public opinion?

On the morning of May 30, on the eighth floor of the Xiamen City Cultural Palace, the Xiamen City Executive Vice-mayor Ding Guoyan announced a temporary halt to the Haicang PX Project (PX stands for xylene, which is a raw material used in chemical production). He also said that the city government has commissioned a new authoritative environment impact assessment organization to conduct a more extensive environment impact study and to study the impact of the entire chemical industrial zone on the environment.

There were no details about this environment impact assessment organization nor a timetable. The entire press conference took just a few minutes to complete.

Concerning this sudden decision to “halt construction,” the Xiamen reporters could only say that “they do not understand the twists and turns.” [Full Text]

Models, Delegates, And The Latest Spin On PX

In China, Protesters Clash With Police Over Dangerous Factory