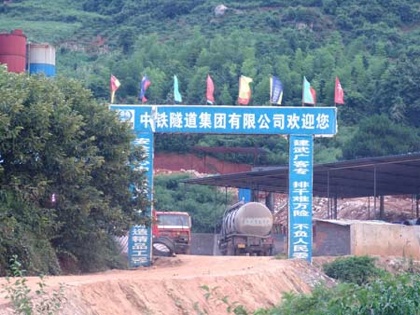 While the international press focused its attention on tainted exports from China, a Chinese domestic newspaper, China Economic Times published an investigative report on the fake materials used to build China’s top railway. CDT’s Aileen Zhao translated and summarized the article below:

A new high speed passenger-only railway that connects Hunan and Guangzhou is under construction. Being the longest, most technologically advanced, and most heavily invested railway, it is recognized by the Chinese media as a milestone in the history of China’s railway. However, this reporter for China Economic Times has been told by insiders involved in the construction of the railway of an inadvertent discovery, the presence of fake or deficient coal ash powder, which is used to form a mixture with concrete. This fake coal ash powder is sold by “profiteers blinded by greed,” whose methods of production differ from the way standard coal ash powder is made. To the layman, fake and real coal ash powder are identical in substance, but experts can differentiate their appearance and texture. In the long run, the use of inadequate coal ash powder can cause the concrete to crack. Although this a potential great danger, a lack of accountability silences the cries of concern. Construction overseers are accountable by law for the quality of their work, but in a case like this, when the warranty of the railway is, say, 100 years, it may take up to 30 or 40 years for people to notice problems with the quality of the work. By then, it may be hard to punish those who are officially responsible.

Here are excerpts from the article, translated by Aileen Zhao:

…… This is the railway that was designed to reach a speed of 350 kilometers per hour as China’s first high speed passenger-only railway — Wuhan-Guangzhou high speed railway (Wuguang line), with the reputation of being a milestone in the history of China’s railway construction.

…… In June 2005, with a total investment of 93 billion yuan, the construction of the Wuguang high speed railway began at Changsha, Hunan. Once the railway is built, it is estimated to provide travel from Wuhan to Guangzhou in only 4 hours. The Chinese media gave this railway too much acclaim — presently in China it is the high speed passenger-only railway with the longest mileage, the highest technological standards, and the most investment.

…… On June 18, 2007, on an unknown mountain in Shaoguan city in Guangdong province, insiders point at the Wuguang high speed railway as it undergoes construction and tell the China Economic Times reporter, “They are using fake coal ash powder. The construction sites on the south of Hengshan, stretching for hundreds of kilometers, are all using it. It is shocking!”

Apparently, there is something wrong with the coal ash powder that is mixed into the concrete.

The Ministry of Railway officially disapproves of coal ash powder that is produced by grinding. The reporter came across a document that recorded the conversation between a coal ash powder sales agent and the assistant minister of materials supervision for the ministry. Assistant minister Fu had said, “Any ash that has been ground is restricted from use.”

In Chenzhou city in Hunan and in Lechang city in Guangdong, the reporter conducted an interview with the crews at the construction sites. Their attitude is: If the construction of the railway is designed to stand for 100 years, but quality issues surface 30 or 40 years after construction, then at that time, who can be held responsible?

The original article (in Chinese) is here. Following photos are taken by the same China Economic Times reporter of some of the factories making fake coal ash powder. 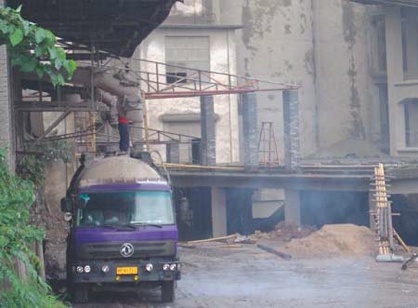 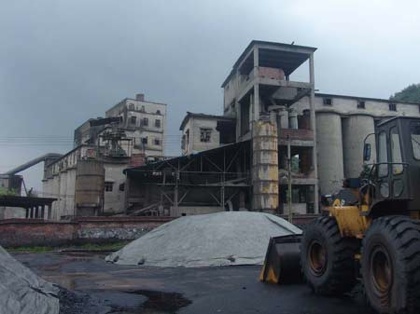 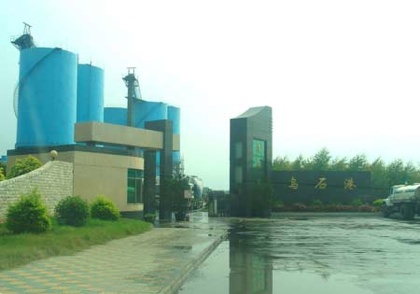