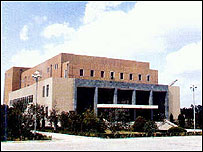 Thousands of students at a Chinese military academy rioted this week after learning that the government would not recognize their diplomas, Radio Free Asia reported on Thursday.

The students were all enrolled at the Hefei People’s Liberation Army Artillery Academy, in China’s Anhui province, but as self-financing “contract students” with no military status. They became upset after hearing this week that their diplomas would not be recognized, despite their paying higher than normal university fees and more than their classmates with military status.

China has experienced an increasingly competitive job market in recent years as a result of rapid growth in the number of students going to college. Major universities around the country have set up subsidiary programs at smaller colleges, offering students who fail in the competitive university exam a back-door way of obtaining a big-name degree. But the central government has begun to shut down such programs, leaving many students empty-handed upon graduation. [Full Text]