Chongqing is famous, amongst paleontologists at least, as a haven for dinosaur fossils. 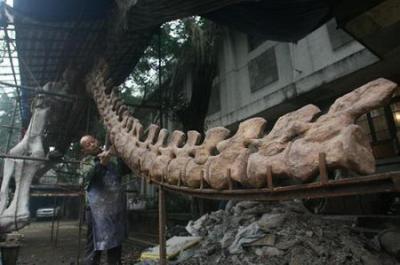 On October 23, 2007, dinosaur experts working in the Chongqing Natural History Museum were assembling dinosaur fossil models for a permanent exhibition in Shaanxi. The dinosaur fossils are up to 24 meters high, which is about the height of a four-floor building.

A stegosaurus skeleton excavated from the Chongqing area is now on display in Hong Kong, along with the skeleton of a meat-eating dinosaur. Chongqing once provided 12 such skeletons for an exhibit in the Netherlands. An expert working here observed that dinosaurs from Chongqing are more famous abroad than the city itself.

In the prehistoric period the Chongqing area’s lakes and low-lying, large tracts of forests made it an important habitat for dinosaurs.

The museum boasts 20 relatively complete dinosaur fossils. Because space is limited, Chongqing residents have never seen all of them. Once the new Chongqing Natural History Museum is completed, it will host the nation’s largest ever single exhibition of Chongqing dinosaurs. 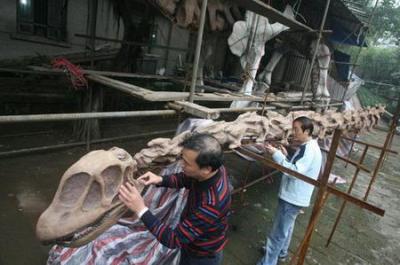 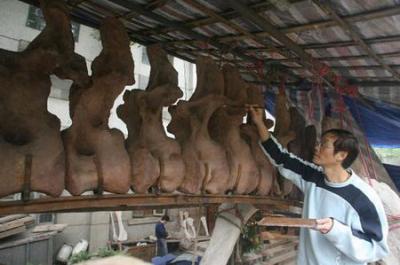