Ｍore Than 700 Teachers in Guangdong Demonstrate for a Decent Salary

Seven hundred teachers in Yunfu City of Guangdong province went to demonstrate on the street on March 4 to protest their low salaries, according to reports on several Chinese Internet forums.

Various reports say the teachers staged the protest after the city government decided to increase the salaries of its employees by 1000 yuan a month, while giving no raise to teachers. With the latest raise, the average salary of Yunfu’s government employees will be three times higher than that of the teachers.

Not a single reporter or photographer was allowed to report the protest. Most of the articles and pictures on the incident have been deleted by government censors.

The incident is regarded as politically sensitive by Chinese officials, especially because it happened the day before China’s annual parliamentary meeting.

Translation of a comment on the incident by a netizen, from 21cn.com (already deleted by censor):

“The teachers of Yunfu City have finally come to the City Government Square hand-in-hand. They are protesting just to demand the dignity of making a living. There is no other purpose except this. How could they survive the soaring inflation with less than $200 a month in salary? 700 teachers have come together now. There are more joining in the demonstration.” 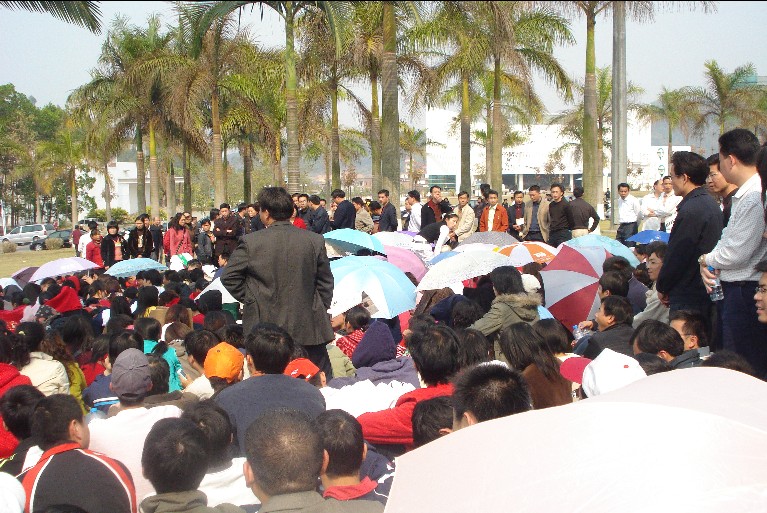 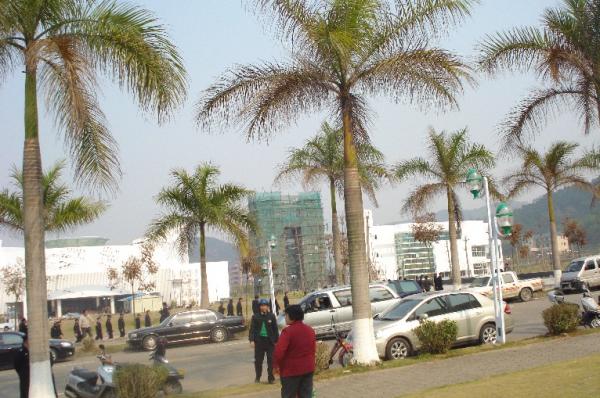