Worldwide pro-Tibet protests have sparked an upsurge of wounded national pride in China – and now a flood of patriotic T-shirts as the country’s new capitalists seize the moment.

“Go China!” is written in Chinese across one T-shirt sold on the popular retail website Taobao.com. In less-than-perfect English, the back adds: “Anti-riot & explore the truth.” 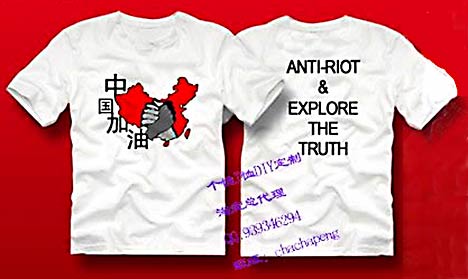 ‘I love Tibet – but I hate Dalai Lama‘

In let’s-make-a-deal China, it was never going to be long before public ire over Tibet demonstrations that have dogged the Olympic torch relay spawned commerce.