In an Opinion piece in the International Herald Tribune, Hany Beseda reviews policy issues regarding China’s growing engagement in Africa and how China has been dealing with mounting criticism. 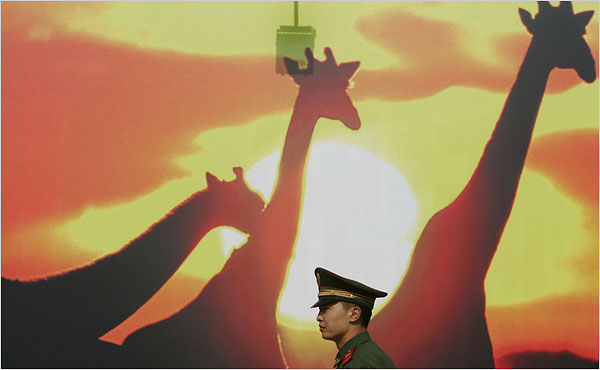 […] [I]n recent months, Chinese leaders have come to defend their policies in Africa and tried to counter arguments that their engagement in Africa had resulted in more harm than good. In a bid to improve its standing as a responsible economic partner in Africa, China has recently agreed to cooperate and work with Western institutions, such as the World Bank, to develop aid projects on the continent. In December 2007, Chinese diplomats met with Western donors in Kinshasa to try and co-ordinate their development schemes.

In Sudan, China played a vital role in convincing Khartoum to allow an UN-African Union peacekeeping force being deployed in Darfur. China was severely criticized in the past for not putting pressure on the government of President Omar al-Bashir to put an end to the conflict in Darfur – which has claimed the lives of more than 300,000 Sudanese, and displaced 2 million others. Beijing even sent some 275 military engineers to the region. In southern Africa, China ordered a ship, stranded on the coast, back in April 2008, following a refusal by South African dock workers to unload the military cargo of the ship, destined for Zimbabwe’s autocratic regime of Robert Mugabe.

China’s more active engagement with Africa is part of its continuing emergence as a truly global player and, as such, it is no different from what major powers do traditionally. Beijing has acted and behaved no differently from the way European powers did decades and centuries ago. Secondly, China’s global and regional diplomacy pursues multiple objectives, just like that of all great powers, resulting in tension between values and interests at both national and global level. China can no more be expected to subjugate its commercial and strategic interests than Western powers have done in their global policies.

In a separate article, Keith Richburg of The Guardian takes another look at the state of affairs in Africa ten years after he wrote Out of America: A Black Man Confronts Africa. Richburg finds that, for all the improvements in recent years, repression and poverty still reign in many African countries. Still, he notes that:

[…] a continent that seemed left out of the global investment boom now seems to be getting its share of attention from China, hungry to feed its roaring economic growth. In Nairobi and Johannesburg I was taken aback by the amount of Chinese economic activity – the construction, the Chinese goods in the markets, even new Chinese restaurants. Some pockets, particularly parts of southern Africa, those countries around Zimbabwe, are experiencing economic growth.