The chinaSMACK blog has a recent post on the new military trainees at Wuhan’s Hubei University of Economics. 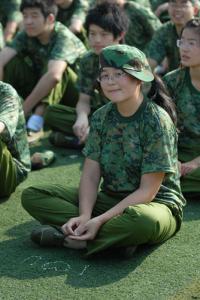 These youth grew up during a time of breakneck-speed economic development. How did the experience affect them? Chinese BBS users have displayed various reactions to these post-90s teens. From Netease, as translated by chinaSmack:

The post 90’s generation grew up during China’s economic boom. To tell you the truth, I worry for them. I don’t know if they will put country above themselves. Our country’s future belongs to them; I don’t know where they will lead it to.

I don’t know what is the point of military training from middle school to college. Is it just for swindling some more uniform fees?

We all grew up drinking San Lu, forgive them!!! 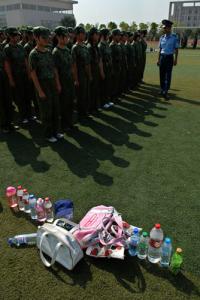 Why indiscriminately blame it on post-90’s kids, what does this have to do with the 90’s generation. We’re living in different times now. 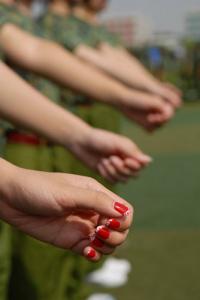