Uighur Petitioner Turned Away in Beijing (with Video)

Hakim Siyit, a Uighur farmer from Kashgar prefecture in China’s far western Xinjiang Autonomous Region, has been petitioning the Chinese government to compensate Kashgar farmers for heavy losses over compulsory production of long beans.  After appealing to various lower levels of government, Siyit traveled to Beijing to file his complaint, where he was briefly detained and then sent home.  Radio Free Asia has details:

Hakim Siyit, a farmer from Yengisar county, in Xinjiang’s western Kashgar prefecture, blamed the secretary of the communist party’s county branch for the plan’s failure, which called for all farmers in the county to grow the same crop and did not anticipate oversupply.

According to China’s law on the Popularization of Agricultural Technology, any entity causing loss to farmers through the forced adoption of technology is required to repay total damages.

[…]“There are few places left that I haven’t been to for this. I went to the Xinjiang regional government in Urumqi five times. I went to Beijing once. To Kashgar, I made 13 or 14 trips in total,” Siyit said. 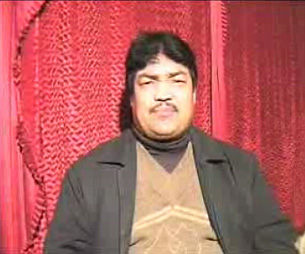 The full article includes a film shot by Siyit in his petition efforts, recording Kashgar farmers’ reactions to news that they would be forced to follow the long bean crop plan for a second time.