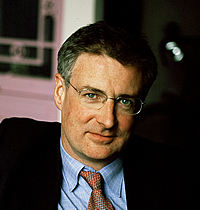 From the Financial Times, James Kynge provides a critique of Western media representation of Tiananmen and provides an interesting perspective:

When I think about the massacre in central Beijing that followed weeks of demonstrations in Tiananmen Square in 1989, which I covered as part of a team of Reuters reporters, I cannot help feeling troubled.

Of course it was a brutal and harrowing time, but that isn’t the reason for my disquiet. I’m concerned because I don’t think we – the western media – got the narrative of those days quite right. People say journalism is merely a first, rough draft of history. But the problem here is that this draft appears to have been canonised, passing largely unedited into popular conscience.

I do question, however, the western media’s basic assertion that the demonstrations had been “pro-democracy”. Even now, a raft of editorials commemorating the event’s 20th anniversary repeat the mantra that the students were “demanding democracy”.