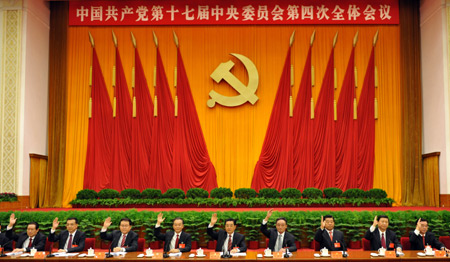 …Any understanding of China should accompany an understanding on the Communist Party because the elite ruling class forms the country’s leadership that determines the course of the nation.

In history, many rising powers achieved their goals through non-peaceful ways. Can China become an exception to this? This will be also determined by the Communist Party as well, giving all the more reason to pay more attention to it.

But then, as a single party state, many pundits wonder, how the Chinese Communist leadership has been able to last so far, in great contrast to many other “socialist” countries including the former Soviet Union and eastern European countries.

A piece this week in the Global Times, the international news arm of the official People’s Daily, titled, “The Communist Party Leadership Draws the World’s Interpretation,” answered this very question.