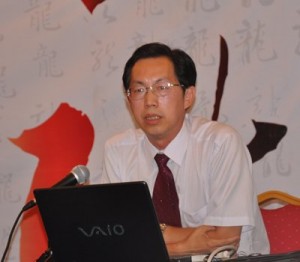 While 2009 has undoubtedly been the harshest year yet for Internet control in China, it is interesting to read the following unofficial account of how the Internet came to China. The following excerpt is from “Informal History of the Internet in China, 1987-1997,” from Beijing Arts Network, translated by CDT’s Huang Yuanxi:

The year of 1995 was a critical period in the history of the Internet in China. On one hand, technical obstacles to Internet access were basically cleared, which made the Internet an accessible option to Chinese people. In addition, the number of Internet users increased drastically. On the other hand, the government started to squarely examine the pros and cons of the Internet.

Jiang Qiping is the present secretary-general of China Informatization Research Center of the Chinese Academy of Social Science. He used to be the standing deputy director of National Informatization Evaluation Center, and the chief editor of China Internet Week. Jiang knows many details about the heated debate inside the Chinese government in 1995 and subsequent years over whether China should greatly develop the Internet.

“At the early stage, the government didn’t put much thought on the Internet. It was mostly a technological consideration as they merely viewed it as a new technology. It wasn’t until 1996 or 1997, after 1995, that they began to examine and study this issue in terms of economical and social development,” Jiang Qiping said.

One sign that the central government began to take the Internet seriously was the founding of the State Council Infomatization Leading Group in January 1996. The vice premier at the time, Zou Jiahua, was the director of the group. Jiang Qiping became part of it in 1997. And in April that year, the first “National Conference on Work of Informatization” was held in Shenzhen.

“That was really a conference they treated seriously,” recalled Jiang Qiping. “The debate was bubbling up at the conference.” The focus of the debate was whether the Internet was a hoax or a challenge. Some believed it was a hoax set up by the US. In the past the US had used Star Wars to drag the Soviet Union down; now the purpose of the Internet was to swamp China as well. Meanwhile, some economists believed that China should focus mainly on developing industry and agriculture, and developing the information industry would be premature. They believed that China’s comparative advantage was to develop labor-intensive medium and small enterprises. Of course those who were in support of great development of the Internet were arguing back strongly.

The result of the debate, though, was in favor of the point of view that China should strive to develop the information industry, and also to “elevate the informatization to a high rank”. The National Conference on Work of Informatization defined the state informatization: under the nationally unified planning and organization, to apply modern information technology to the fields of agriculture, industry, scientific technology, national defense and all aspects of social life. And to further explore, extensively utilize the information resource, and advance the modernization process.

However, the debate on the pros and cons of the Internet is far from over. The Post and Telecommunications Minister in 1995, Wu Jichuan, also mentioned that debate during an interview with the news media. “We were concerned about the Internet. But the point of view that the Internet would be beneficial in terms of technology had gained the upper hand, so we decided to develop it first. The concerns about the Internet then, were as follows: There was no control on the Internet; there were hackers and viruses at that time, and a lot of spam and pornographic material. People were also concerned about the young people’s education. Another concern was the profit pattern—how do those who provide information on the Internet gain profit? The concerns then still exist today, yet the concerns are more widespread.”

“The government’s knowledge about the Internet has grown step by step. Yet before they had figured out this new thing, it had already become popular among people,” said Jiang Qiping.

Charting the Rise of a Global Information Power

BBC Forum on the Internet in China

Five Books: Gady Epstein on China and the Internet