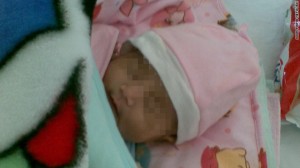 A newborn whose future gripped the Chinese media had surgery Saturday to correct a life-threatening birth defect and was in intensive care, a family spokeswoman said.

But Baby Hope’s parents initially decided not to treat her, because they were worried she would face debilitating long-term health problems. Zhang was among a group of child rights activists that convinced the family to transfer Baby Hope from a hospice in Tianjin, to one of the top pediatric hospitals in the capital where she could have the surgery that would probably save her life… The Chinese media quickly started reporting the case with headlines like: “Family gave up on saving Baby Hope” and “Who has the right to decide Baby Hope’s life?

China’s Child Mortality Down Two-thirds Since 1990