Netizens: “Google Dove” and “Scaling the Wall” (With Images)

In Chinese cyberspace, naming new “Internet mythical creatures” is a popular sport among Chinese netizens, and it has become an important part of online culture. Those “Internet mythical creatures” are symbolic animals who have been collectively created by netizens, often inspired by major current event which resonate deeply and widely among Chinese netizens.

The most notorious “Internet mythical creatures” are River Crabs and Grass-Mud Horses. Now, a new creature has emerged called Google Dove 古鸽 (Google’s Chinese name is “Gu Ge”; Ge is also a homonym for the Chinese word for “dove”).

Here is an image of the Google Dove and some excerpts of its descriptions, translated by CDT: 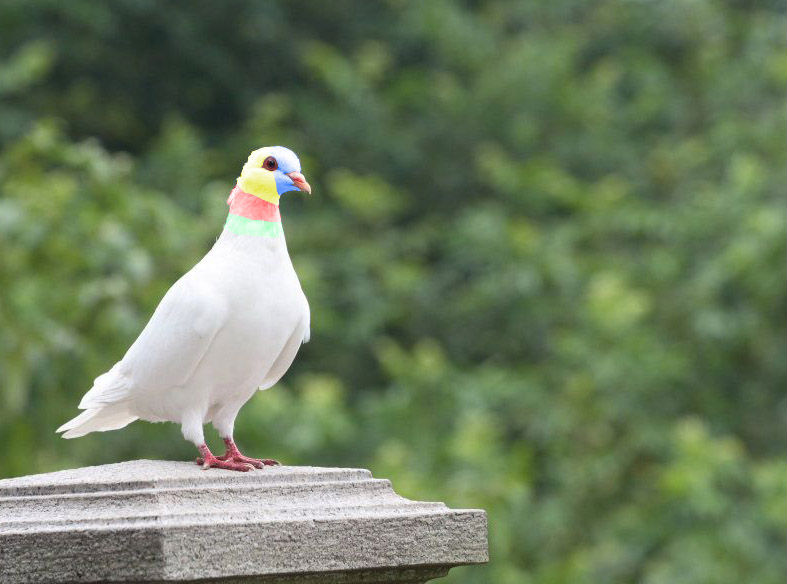 “According to an American Indian legend, this bird has a very important habit, called “don’t be evil”，translated into Chinese it means “fear River Crabs.” When they encountered an environment where there were too many river crabs, they could not survive as well as grass-mud horses; instead, they migrated South.

… According to the statistics of Nasdaq animal research institute, there are about 120 billion Google Doves in the world. But it is currently almost extinct in mainland China. The original Chinese Google Doves have migrated to the south, Hong Kong, in large numbers.

Many animal lovers went to the Google park in Niaoguan village in Beijing to mourn its leaving.”

Apparently, the departure of the Google Doves has also caused many Chinese netizens to follow it to its current location, at least in virtual space.

Below is a screenshot of the Google trend on how many times the phrase ” Fan Qiang 翻墙” (“Scaling the Wall“) has been searched on Google in recent days (Google moved its China search engine to Hong Kong on March 23). A search for “Fan Qiang” will find numerous tools and methods for circumventing the Great Firewall.