Postlude to a Whistleblower’s Story

Back in 2007, a former Hunan pharmacist named Gao Chun (高纯) earned scorn and admiration for daring to stand up to corrupt practices within China’s State Food & Drug Administration. A July 7, 2010 Southern Metropolis Daily article notes that Gao is now in poor health, owing to reported retaliative beatings and harassment. Excerpted and translated by CDT:

This was the exchange between a Yueyang city taxi driver and a Southern Metropolis reporter after seeing Gao Chun roadside.

Gao Chun is just 45-years-old. His goatee is grizzled, and grows unkept from his chin down to his Adam’s apple. Even at his brisk age, he can only slowly move forward — one minute’s worth of walking amounts to three or four. A faster pace would give him chest pain. He refers to himself as a cripple, as he can neither cook nor wash clothes. Lifting a kettle requires strenuous effort.

Eating food, taking medicine, and going on walks: Gao Chun’s life is leisurely and monotonous. When he eats, he doesn’t feel full; his doctor told him to eat several small meals a day. In one day, he eats six to seven meals, avoiding meat, fish, and spicy foods. He doesn’t sleep well. After lying down for a while, he feels chest and back pains. In the middle of the night, he will wake up once every two hours. He is diligent about walking, so as to avoid constipation. He takes his anti-blood clotting medicine on time.

The tragic thing is, Gao Chun may be like this for the rest of his life.

The pivotal moment happened half a year ago, when Gao Chun almost died in Beijing of a heart attack. He blamed this on “kidnapping, beatings, and harassment” by Yueyang petitioning office deputy head Zhou Xiang and others. 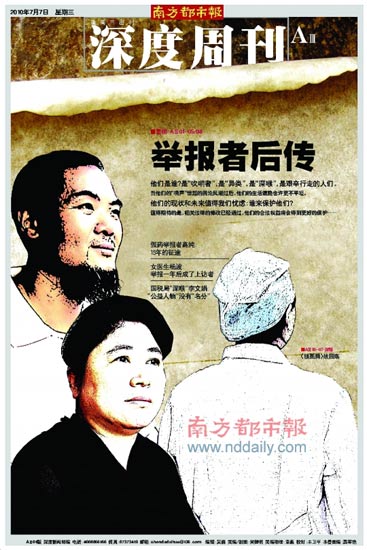