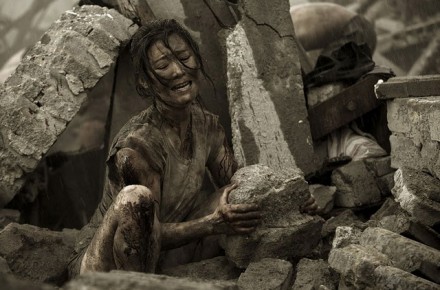 Beijing keeps its film industry on a tight leash. Blockbusters like Aftershock are fine—if they tow the party’s airbrushed line.

With a star system in place, multiplexes springing up all over the country and domestically-made blockbusters on the screens, you’d be forgiven for thinking China’s contemporary film industry is an unambiguously commercial affair. But like so much else here, the hand of the state casts a shadow over the neon glare of conspicuous consumption.

Yet China’s Communist Party finds itself in a bind. Although it still views cinema as an ideological tool and maintains a tight leash on local productions, it also wants the domestic film industry to develop into a global commercial player.

So how can filmmakers navigate the apparently contradictory pressures of commercial success and politics, especially when the ideological position they’re expected to reflect is far from clear? One good guide could be in China’s most recent blockbuster—a homegrown movie that smashed box office records.