Following is the latest installment in a series of posts by journalist Rachel Beitarie*, who will be sharing with us dispatches from her journey across rural China. In this post, Rachel visits with villagers in a poor area of Guangdong who have not yet benefited from living in the middle of China’s economic powerhouse. (Read previous installments of the travelogue here.)

Mud houses in China’s powerhouse – The story of Ou

Guangdong province has the highest GDP and the highest industrial output of all of China’s administrative divisions. It also has among the highest per capita GDP in the country, thanks to all those Shenzhen billionaires. Less known, maybe, is how many mud houses there still are in Guangdong. 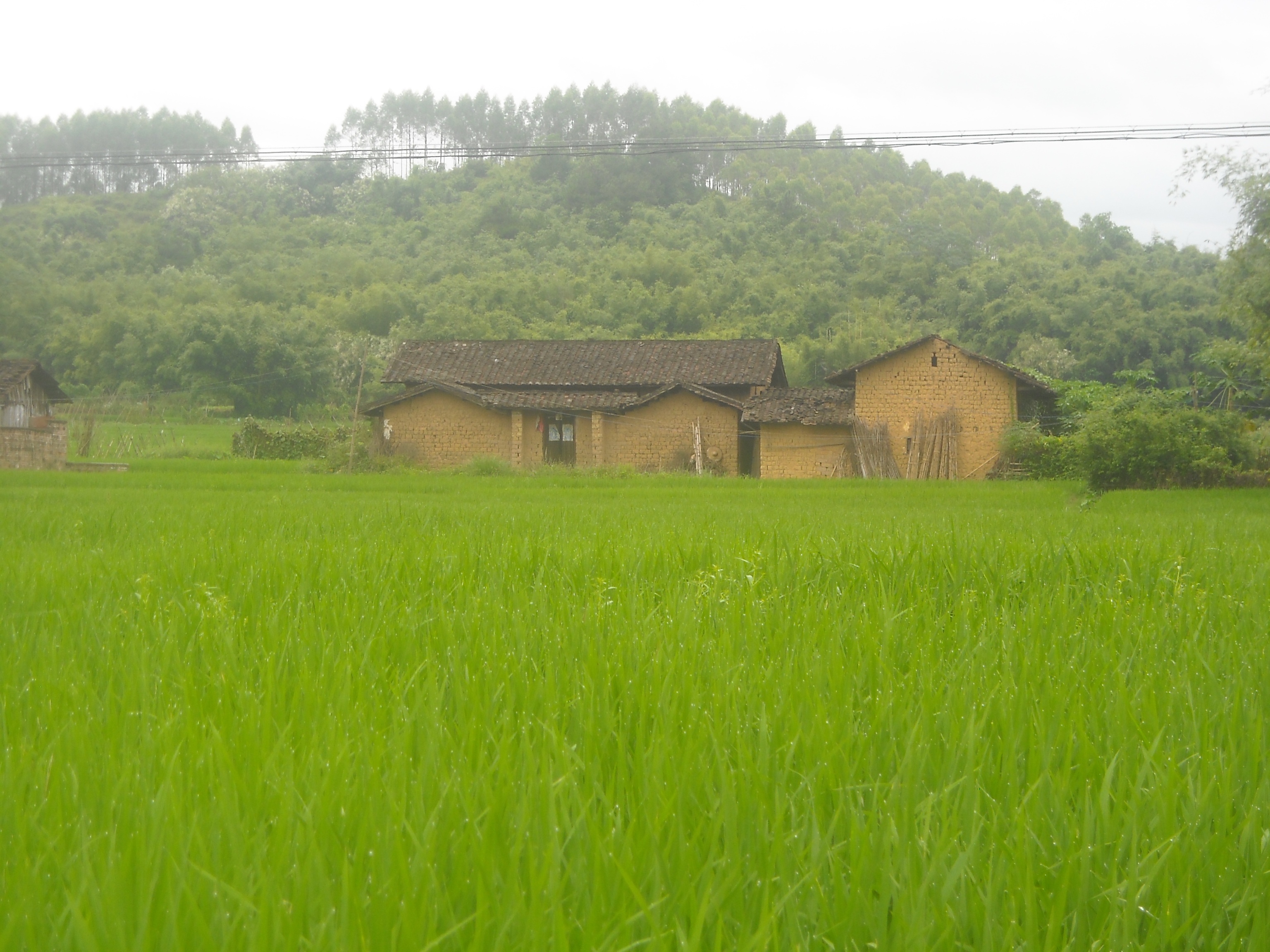 Take the village of Ou (欧村) for example. It’s a settlement of about 300 people on the outskirts of HuaiCheng, the county government seat for Huai Ji (怀集) county in west Guangdong, the most populated county in the province, and perhaps the entire country, with almost a million residents. Two hundred thousand of them, according to the local government, left the area in search for jobs in other parts of the province. For more than 30 years, Ou Yong was one of them. 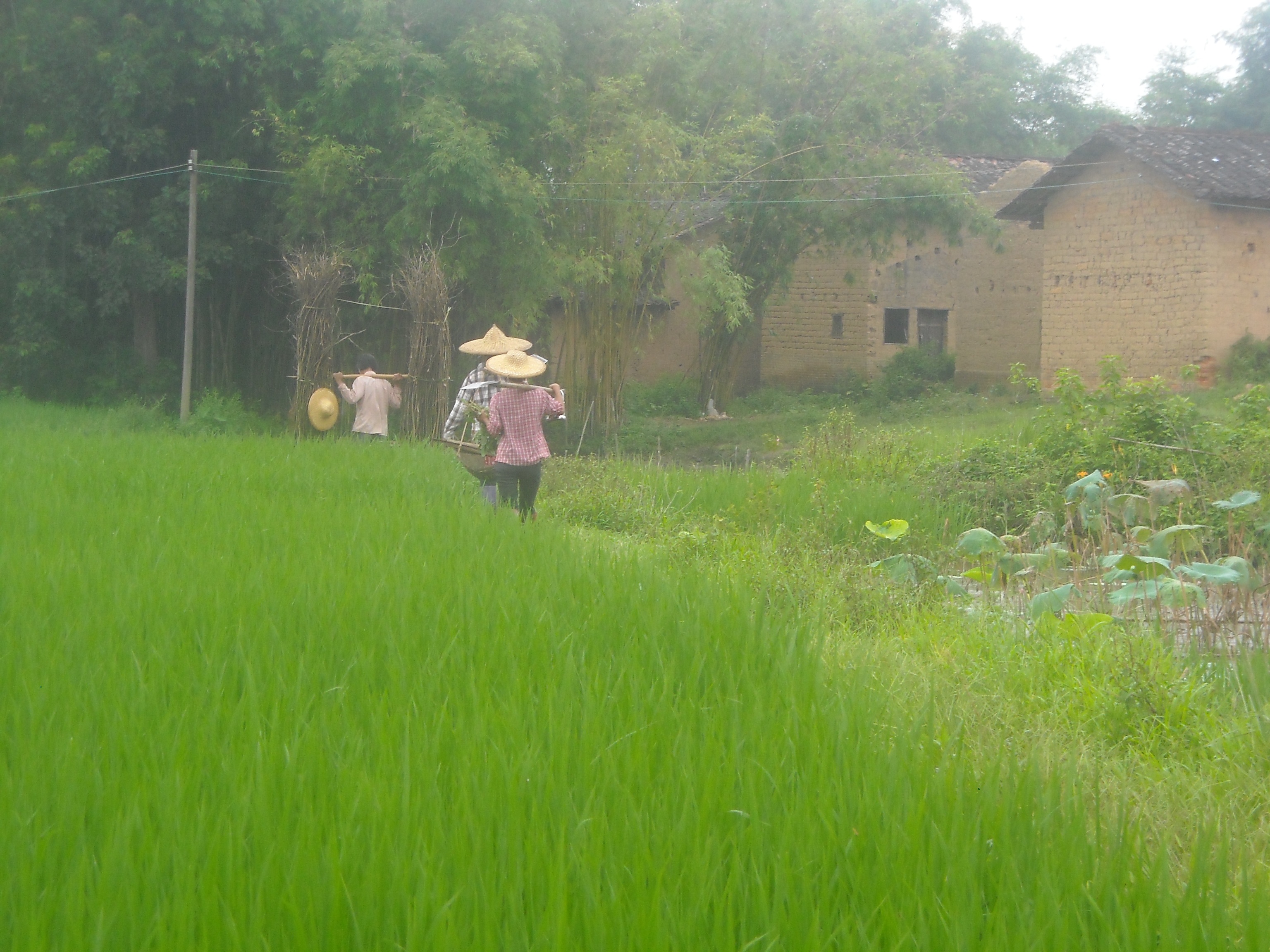 Ou is 58 and the father of a 12-year-old girl. He went to Guangzhou in 1977 as a young farmer looking to make a better living. He ended up spending most of the next 30 years in coastal cities, watching the fishing village of Shenzhen becoming a megalopolis, building residential compounds in Zhuhai, sweeping a factory floor in Dongguan, drifting from one low-paying job to another and supporting the family back in the village.

Some people got wealthy this way and moved to the cities they helped build. Others got comfortable, bought an apartment in town, or built a new house in the village. Yet others, like Ou Yong, stayed where they were, which in fast-moving Guangdong means staying way behind. Decades of labor brought him no farther than his old home – a mud house to which he added another room made of bricks. This room the family turned into a small workshop where Ou’s wife, Chen Guiyin, 40, weaves bamboo baskets that she sells for 15 Yuan each in the local market. If she works very fast she produces one basket a day. Ou stays home now and takes care of the family’s only other source of income – one Mu of land on which they plant rice. 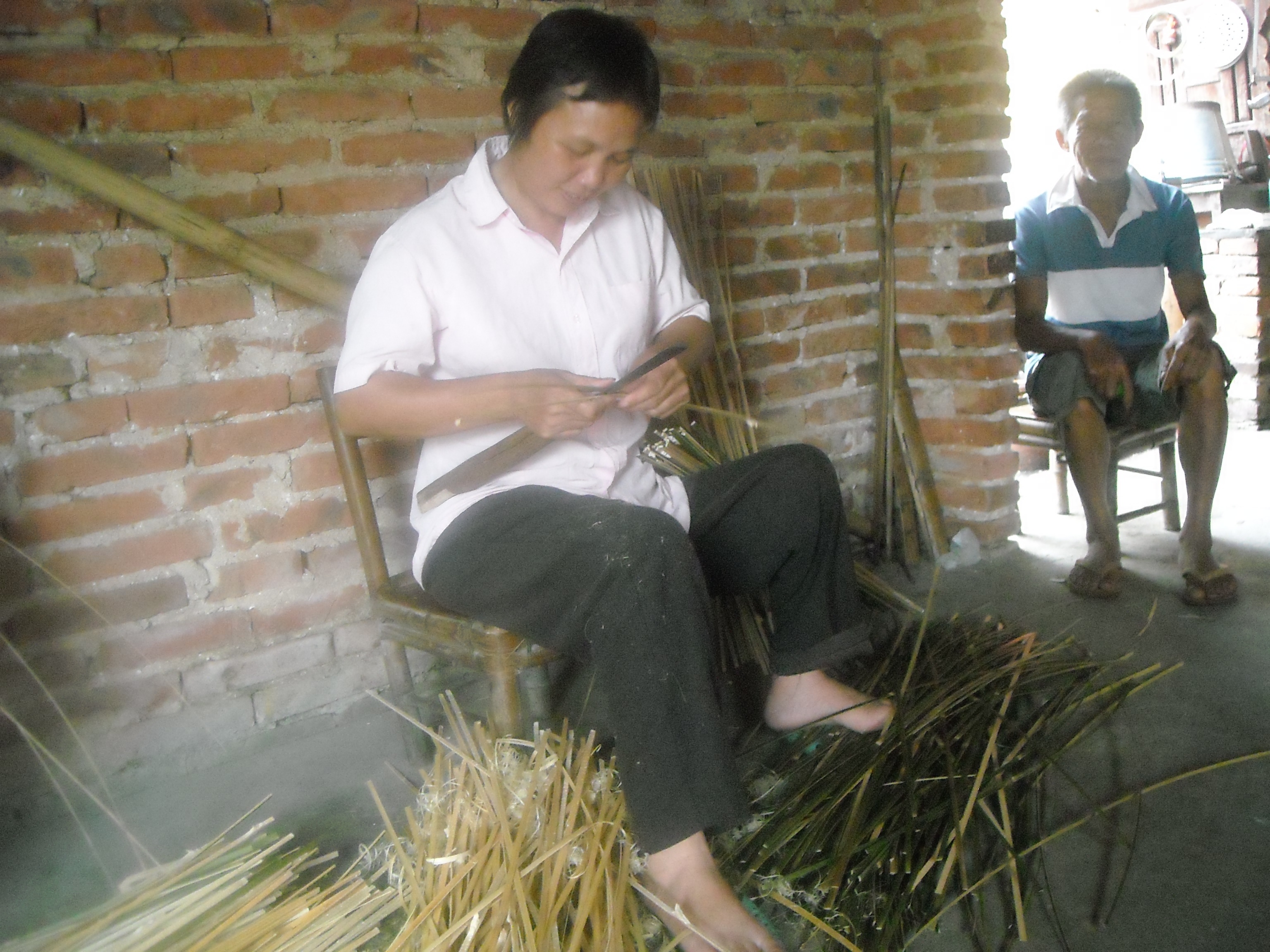 “The most important thing is that our girl will study hard and go to high school” Chen says. “We have no education which is why we have to work so hard”. (Chen only speaks the local dialect. Her daughter acts as translator.) The girl’s elementary school fee is only 25 Yuan per term, but that will go much higher next year, when she’ll start middle school in town. This is why Chen stays awake at night in her mud house, making more baskets. Education is the most important thing. 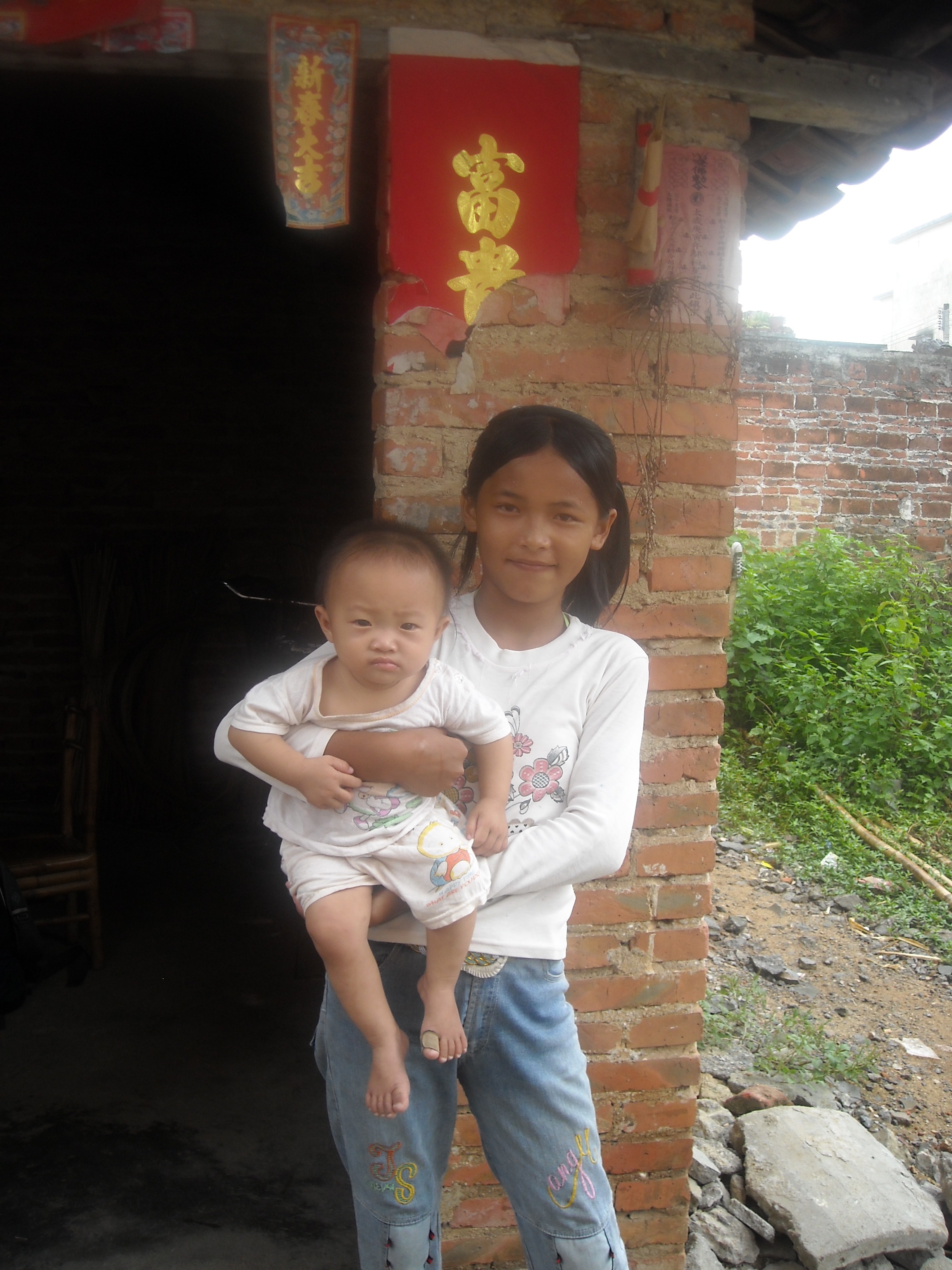 Education has probably improved much since Ou’s days in school but the next generation is still going to Shenzhen en masse. Ou’s nephew, Ou Shenfei, came home at the end of last year after being laid-off from a shoe factory in Zhuhai. He stayed ever since, doing odd jobs in town, and taking care of the family’s rice plot and his newborn baby girl. The girl is now nine months old, the economy is getting better, he heard, and Shenfei is getting ready to go east and south again to look for a new job. “The most important thing is to earn enough to give her a good education,” he says, repeating Chen’s words, pointing at the baby. In Zhuhai, he bought some books, hoping to give them to his daughter so she can learn English and standard Mandarin. One of the books is a TOEFL exam preparation book: Ou himself doesn’t read English and wasn’t very aware of what kind of books are appropriate for young children, since Zhuhai factories don’t often provide courses in child developmental psychology or early childhood education. He only knows this: The child will go to school and he’ll do just about anything to give her the best education he can get. Maybe for her generation, this will finally prove enough.