chinaSMACK translates a Xinmin post about a 3D chalk artist whose works have been circulating in BBS and microblogs in recent days:

Yesterday, many photographs of 3D chalk art spread on Sina Weibo [a Chinese microblog service like Twitter], with the talented person who created these artworks being nicknamed “Chalk God” by netizens. One netizen said: “Is he an architect like in ‘Inception‘?” There were even netizens shouting one after another: “This isn’t chalk, this isn’t chalk.” Through a search, Nanjing media discovered that the 3D chalk art first appeared on a post in the Henan section of Tianya [a popular Chinese internet BBS forum], with the poster called “tntu3d“. A phone call confirmed that he is the “Chalk God”, but we can call him Mr. Hou. 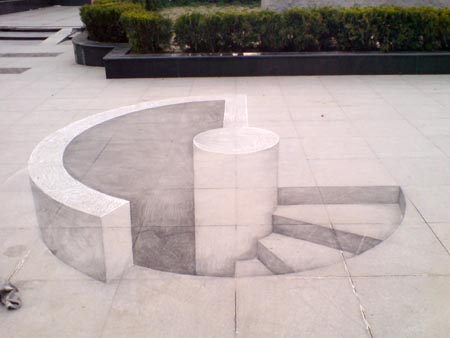 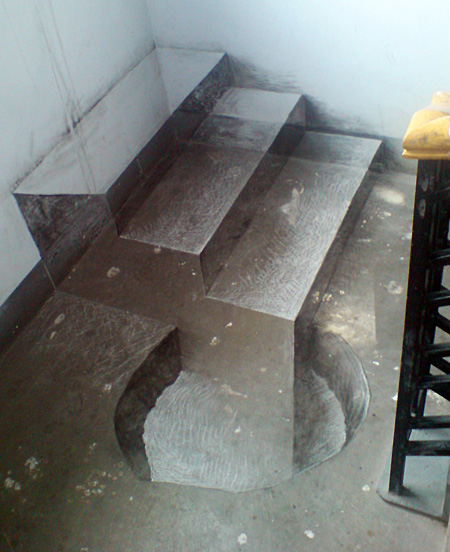 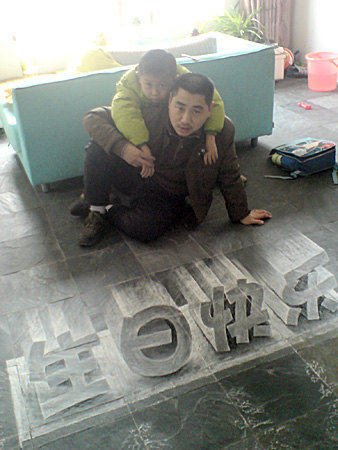 ‘Pushing Boundaries With Cans of Paint’