China’s Other Billion: Life in a Small Town

Following is the latest installment in a series of posts by journalist Rachel Beitarie*, who will be sharing with us dispatches from her journey across rural China. In this post, Rachel visits a small town in Henan, where she talks with a middle-class family living in relative comfort as they await the birth of their first grandson. (Read previous installments of the travelogue here.)

Henan province suffers an unfortunate geography and very bad reputation. The news coming out of here is of AIDS and cancer villages, water pollution, government corruption, abuse of power and so on. On top of that, for some reason I don’t quite get, many Chinese seem to be prejudiced against Henanese. What I heard a lot during my week in Henan was a reminder to the rest of the country that while Henan takes more than its fair share of calamities, it also, as a major exporter of human labor to other more prosperous regions, contributes much more to the national GDP than appears on official stats.

Little of all this is evident in the town of Xinxian (新县), close to the borders of Hubei and Anhui, where Mr. Wang, the son of local peasants and a former government worker, started his real-estate business some ten years ago. He, his wife and his only son point with pride at various projects: a school, residency compound, a planned resort at the foot of the Dabie mountains. Xinxian seems booming and there is much opportunity. Wang says, though, that much of the prosperity comes from central government money that goes to local government projects, and that many people in the villages around this town of 40,000 are still very poor. Much of the money that comes in comes from locals who went abroad, to South Korea and Singapore and Macau. When they come back, they buy a house, which is what makes Mr. Wang’s business prosper. His wife, the very athletic and energetic Ms Chen, however, is worried that he drinks too much and that too many dinners with officials are taking a toll on his health. 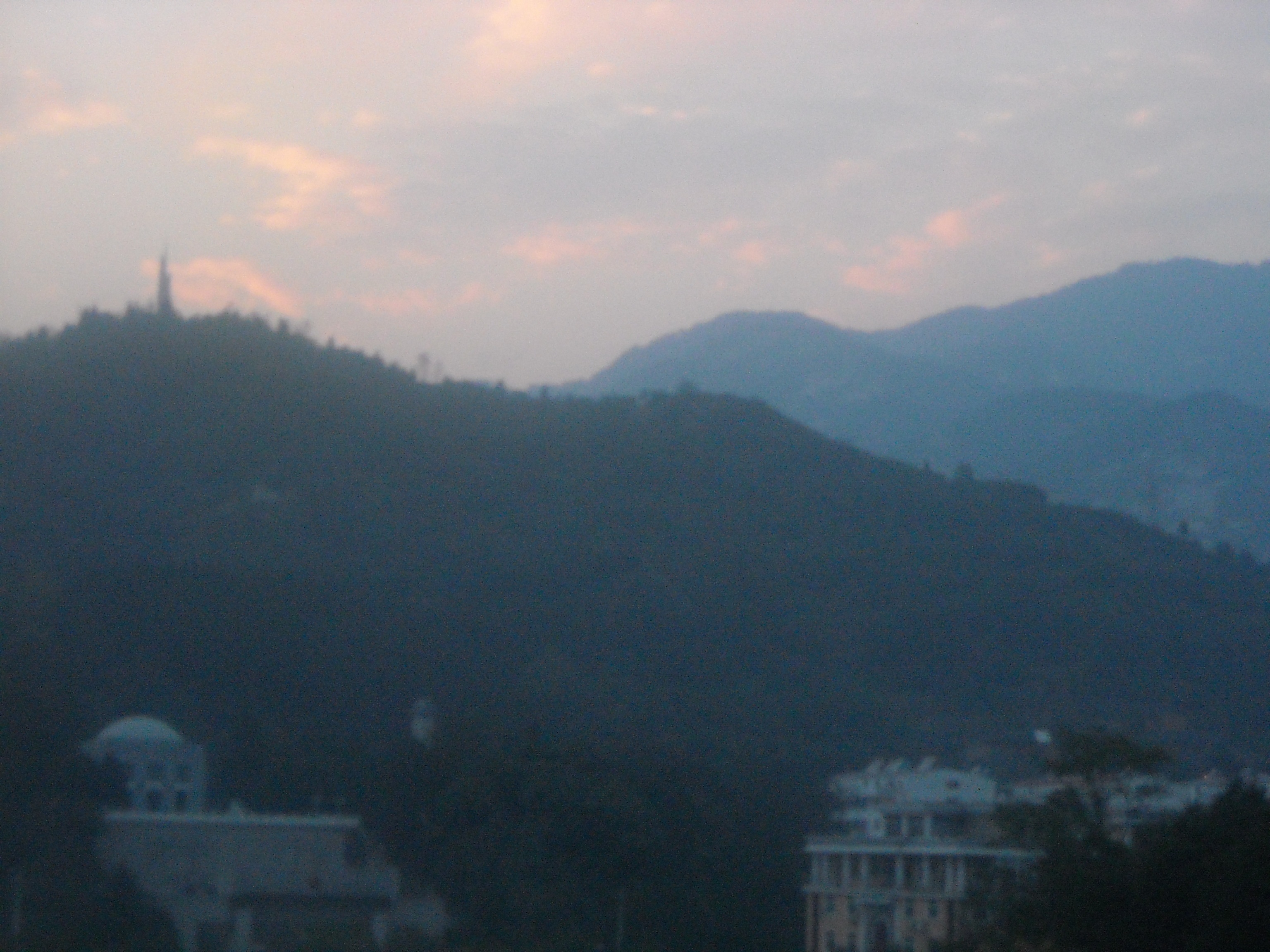 Wang Mu, his only son, moved back here about a year ago after studying in France and working in Beijing and Nanjing. His wife, Peiqing, is a Guanzhou-born, Vancouver-educated ex-PR executive who is still adjusting to small town life. They both say it was the obvious choice to come back here: Wang Mu entered his father’s business; expenses are much lower than in Shanghai or Beijing and life is quieter. Quite a few of Wang Mu’s classmates from Xixian have made the same choice after studying or working in more developed regions: The local government offered jobs to some of them in order to draw young, educated people back to town. Peiqing and Wang Mu, however happy with life in the outback, both miss larger, more cosmopolitan places and have development schemes of their own. Wang Mu wants to build up a football (soccer) team in town and make sure his soon to be born son has a proper field in which to play and enough playmates. Peiqing wanted to open a vegetarian restaurant but gave up the idea when she realized almost everyone in Xinxian is a devoted carnivore. She now wants to start a women’s club in town: “There aren’t many social activities here beyond family functions, especially not for women,” she says – though her mother-in-law is a member of a very active cycling team. She also thinks of an organic market. Safe food is a major concern for people here.

For the Wangs, this concern is solved by Grandma Wang, Mr Wang’s 75-year-old mother, who proves that once a peasant, always a peasant, by growing vegetables for the whole family on a small patch near her new cottage, just like many of her neighbors do. It is a handsome two-story house in a compound built by Wang’s company and occupied by a mix of government officials and private business owners. 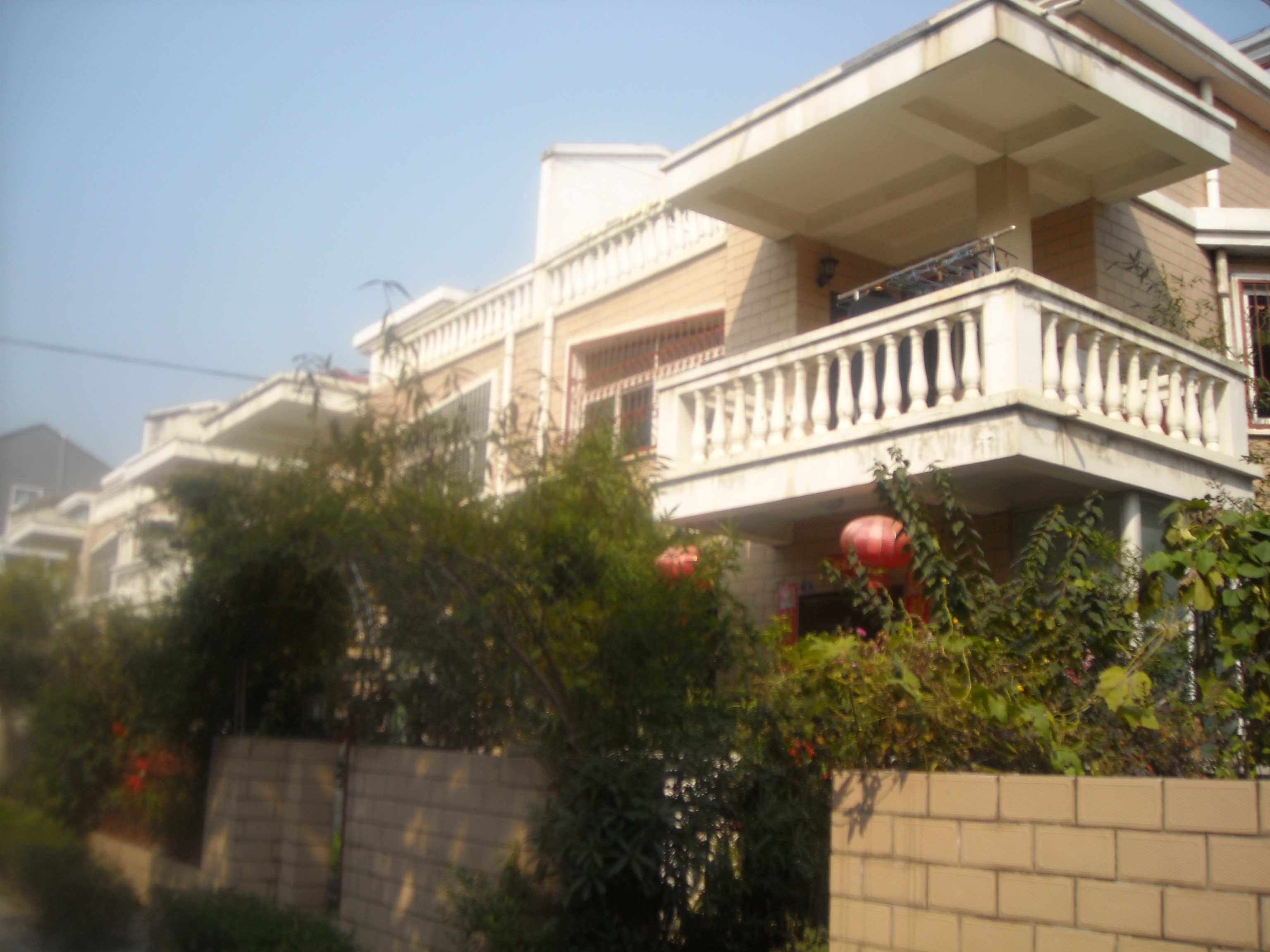 It’s a long way from the shack where she gave birth to and raised six children. Nowadays, Grandma Wang is mainly concerned with the nutrition of Peiqing, who is in the last stage of her first pregnancy. “She doesn’t eat enough. She’s too skinny and she needs to eat a lot of meat to get stronger, Grandma declares. When conversation turns to childbirth, Grandma is all but happy to describe just how strong a woman had to be at her time to be up to the task: She had her fifth child in the dead of winter at home, and only gave herself one day before going out to snow-covered fields to dig out potatoes because there were four other kids in the house that had to be fed. Peiqing will have her own baby in the best hospital in Wuhan and she intends to observe the “Zuo yue” – sitting month, as recommended. The extended family is gearing up for the birth; especially Mr. Wang whose greatest regret in life is having only one son (the one child policy was strictly enforced in Xinxian in the eighties. It’s a bit more relaxed now). The many relatives of the Wangs have already started pouring in with gifts, including two live chickens for the mother-to-be, who is a strict vegetarian. 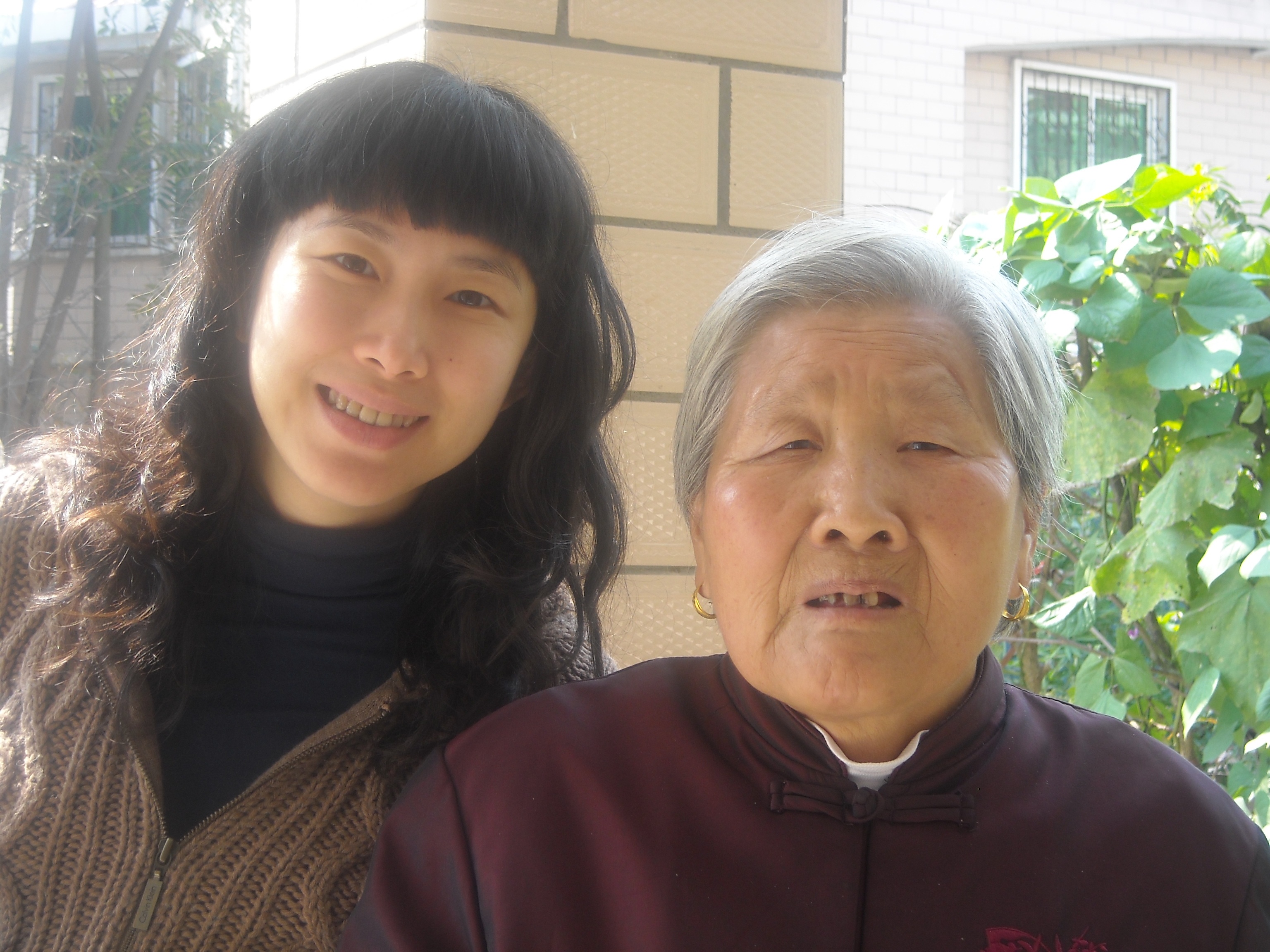 Life for everyone in Xinxian, and definitely in Henan, isn’t as comfortable as they are for the Wangs of course. Still, with farmers moving into small towns and small towns trying to re-invent themselves, there seems to be emerging some sort of new peripheral middle class far from the big cities. Small town China is still very traditional and reliant on strong family ties but like the rest of the country, is undergoing a transformation and shaping itself to be something that might even be rather pleasant, or maybe Twin Peaks with Chinese characteristics where frustration bubbles up and dark secrets lurk behind well-kept vegetable patches.