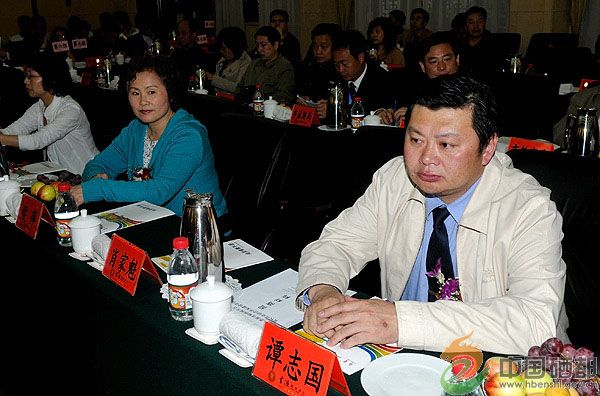 In the last two days, the fastest-spreading and most severely censored Internet post is probably this lengthy “Party Secretary’s Diary Micro-Blog .” The original post appeared on one of the China’s largest online communities, Tianya Forum (Entertainment Section) on November 12, 2010. Before the post was locked and hidden on November 13, it generated more than 800,000 visits. The post is not really a “micro- blog” from a local Party Secretary; however, it is written in a diary format. The supposed “author” was a city-level Party Secretary in Southern China, and it covers the period from 1999 to 2008 in over 93 short sections, posted individually on Tianya (until the post was removed from Tianya Forum, the last section was #93, although it was obviously not yet complete).

The anonymous poster claims he “accidentally came across” this “diary” and posted it online. Contents include very specific information about the “author’s” relationship with his Party bosses, colleagues and subordinates (mostly police officers), business people, especially with local real estate developers, his wife, and several other women. The stories are familiar to Chinese readers but also extremely revealing about details of a local official’s inner world and his daily life of power, money and sex. Although it is highly unlikely the text was written by the “Party Secretary” himself, the text contains many specific events, names and locations which netizens soon checked out against publicly available information. It seems to undoubtedly point to Mr. Tan Zhiguo (谭志国) the current Party Secretary of Committee of Politics and Legal Affairs and Director of Public Security Bureau of Enshi City, Hubei Province. The real author of the post is unknown.

The following is CDT’s translation of the 43rd section of this “diary”:

In August, I had dinner alone with Secretary Zeng

Secretary Zeng drank a lot, and talked a lot. I asked him several questions, including a question is about cracking down on “black societies” (organized crime). This was the question Secretary Zeng enjoyed talking about the most.

Now, our local villages and towns are ruled by those black societies. The problem is that they are not party organizations. They control the local level and interfere with our power. How can we let those alien forces sleep next to our own bed?

I got the point, and also changed my impression of Secretary Zeng. It also served as a good reminder for my work priorities in the future.

UPDATE (November 15, 2010) : This “dairy” now has published 114 sections. CDT has archived the complete text of the 114 sections, and is following closely the development of this new “diary gate” in Chinese cyberspace.

UPDATE2 (November 17, 2010) : After the original post was locked and hidden in Tianya forum, dozens of reposts appeared in Chinese cyberspace within hours. Many were being quickly deleted by online censors, and hundreds more reappeared again soon after. Four days later on November 16, Chongqing Morning Post (Chongqing Chenbao) published an article on this topic, Mr. Tan Zhiguo was quoted in that article. While Mr. Tan claimed that he did not write this “dairy”, he also said that he has “reported to the Public Security authority” and he will be corporate with “the [Party] organization” which investigates this “dairy” case. In the same article, another character, a real-estate developer mentioned in the “dairy” was also interviewed and said all the texts mentioning him in this “dairy” were “factual.” The Enshi city authority told public that they will “investigate” this case. On November 16, Xinhua also published its version of the story and explained that the post was currently deleted because  it “has porn related contents”.  However, now to search “Tan Zhiguo” and “Dairy” in China one will find at least 11,000 posts and many Chinese domestic websites reposted the full text of the “dairy.”