For his latest contribution to his CDT series, cartoonist Crazy Crab of Hexie Farm responds to recent news that Chinese authorities are putting restrictions on the observance of the holy month of Ramadan for Muslim Uyghurs in Xinjiang. The cartoon shows a man trying to paint a hammer and sickle, the symbol of the Communist Party, on the shadow of a mosque.

Untitled by Crazy Crab of Hexie Farm for CDT: 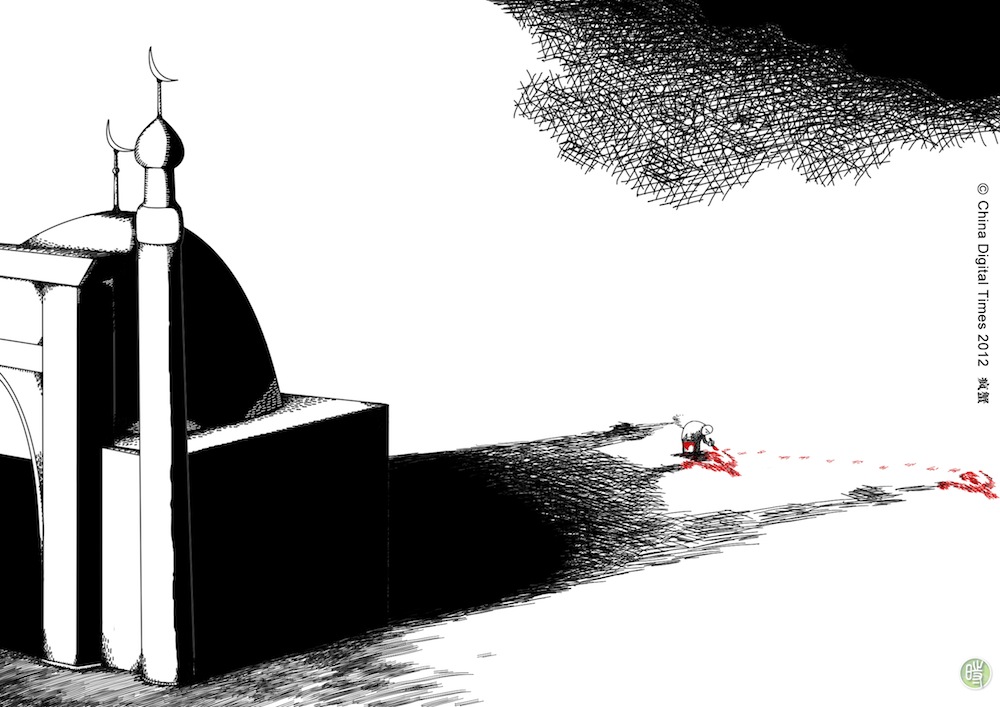