Word of the Week: The New Five Black Categories 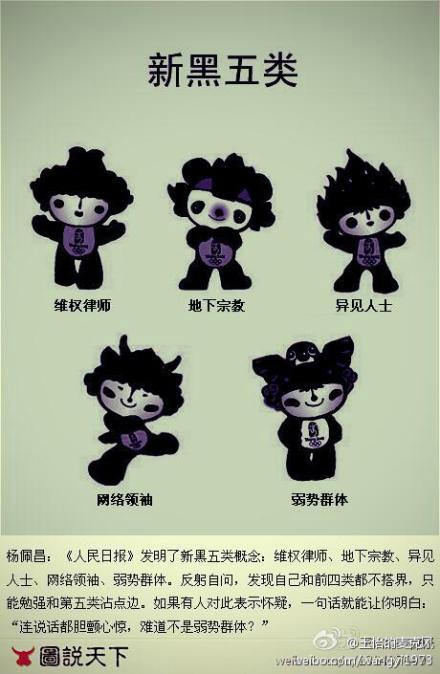 Activists immediately picked up the five groups listed in the People’s Daily article and named them “the new five black categories.”