For the latest instalment in his CDT series, cartoonist Crazy Crab of Hexie Farm looks at the recent protests over the proposed “national education” curriculum for Hong Kong schools. The plan, which would introduce curriculum changes that many interpreted to be political indoctrination by Beijing, was opposed by tens of thousands of residents, including many high school students, who camped out in front of government offices in recent weeks. The plan was scrapped, but many Hong Kong residents remain concerned over Beijing’s role in managing their affairs. In this cartoon, a book, titled “National Education” is bookmarked by a video game controller, which presumably is in the hands of Beijing. 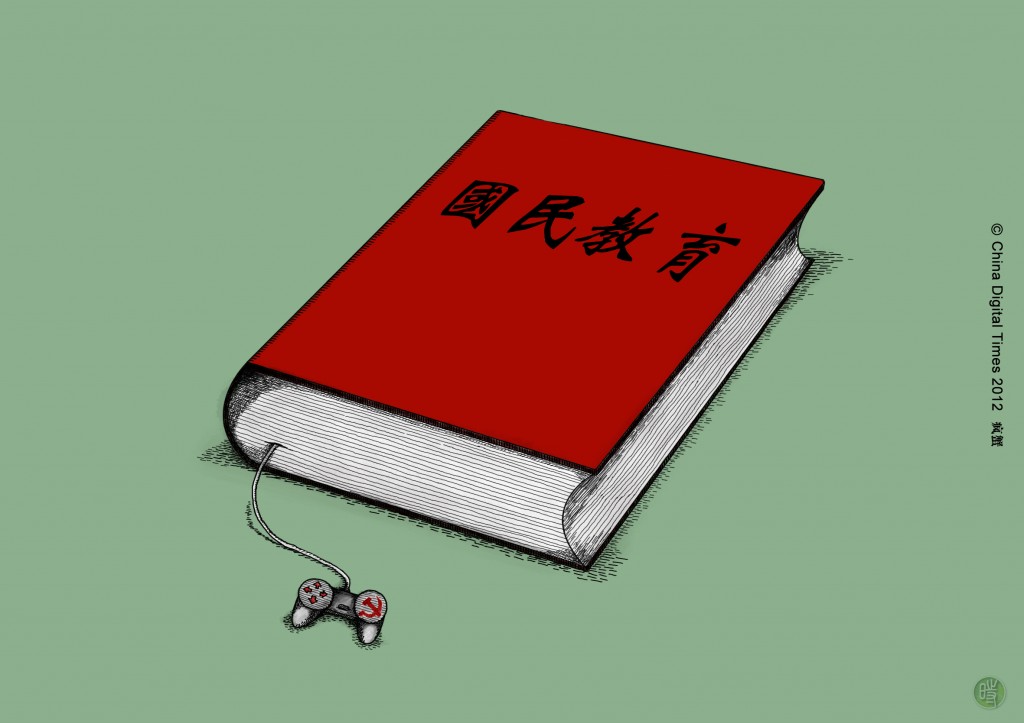