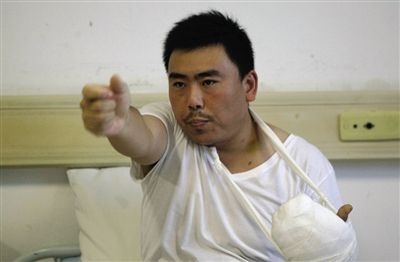 Xinlongtai District Committee Department of Propaganda, Panjin, Liaoning Province: The shooting death by a police officer of the peasant Wang Shujie in Hou Ershili Village has been the subject of much discussion among cadres in our district, from which different voices have emerged. All Party committees (Party working committees) and leading Party groups are requested to appeal to the mass of cadres to act properly, heighten their awareness and neither comment on nor debate the incident. (September 23, 2012)