For his latest installment of the Hexie Farm CDT series, cartoonist Crazy Crab recreates the character “dang” (党), or party, which in China almost always refers to the Communist Party. The crown implies the dictatorship of the CCP. The title is a play on the word, which also sounds like U.S. slang, “dang!”. This week will see the opening of the 18th Party Congress, where a new generation of Chinese Communist Party leaders will be officially appointed.

“Dang!” by Crazy Crab of Hexie Farm for CDT: 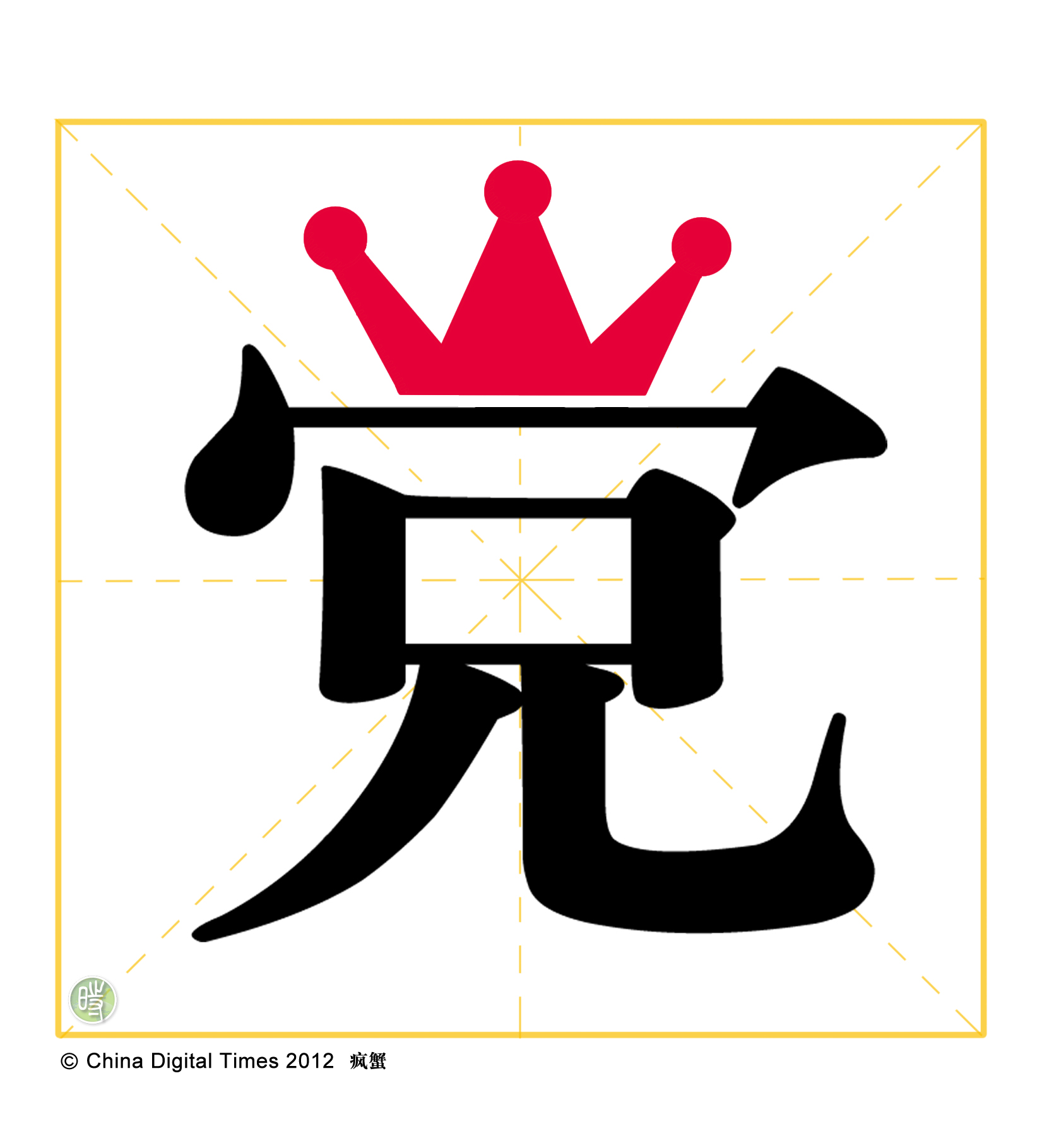