For the latest installment in his CDT series, cartoonist Crazy Crab of Hexie Farm revisits the fairy tale of the Emperor’s New Clothes to comment on a recent speech by Xi Jinping, in which he blasts Gorbachev for overseeing the dissolution of the Soviet Communist Party. This speech, which was only released internally to Party cadres, throws cold water on hopes that Xi’s incoming administration will permit or even encourage reforms to China’s political system. In this cartoon, Xi Jinping, like the emperor from the fable, is surrounded by supporters admiring his fancy new robes of political reform, which don’t exist.

The New Clothes of Reform, by Crazy Crab of Hexie Farm for CDT: 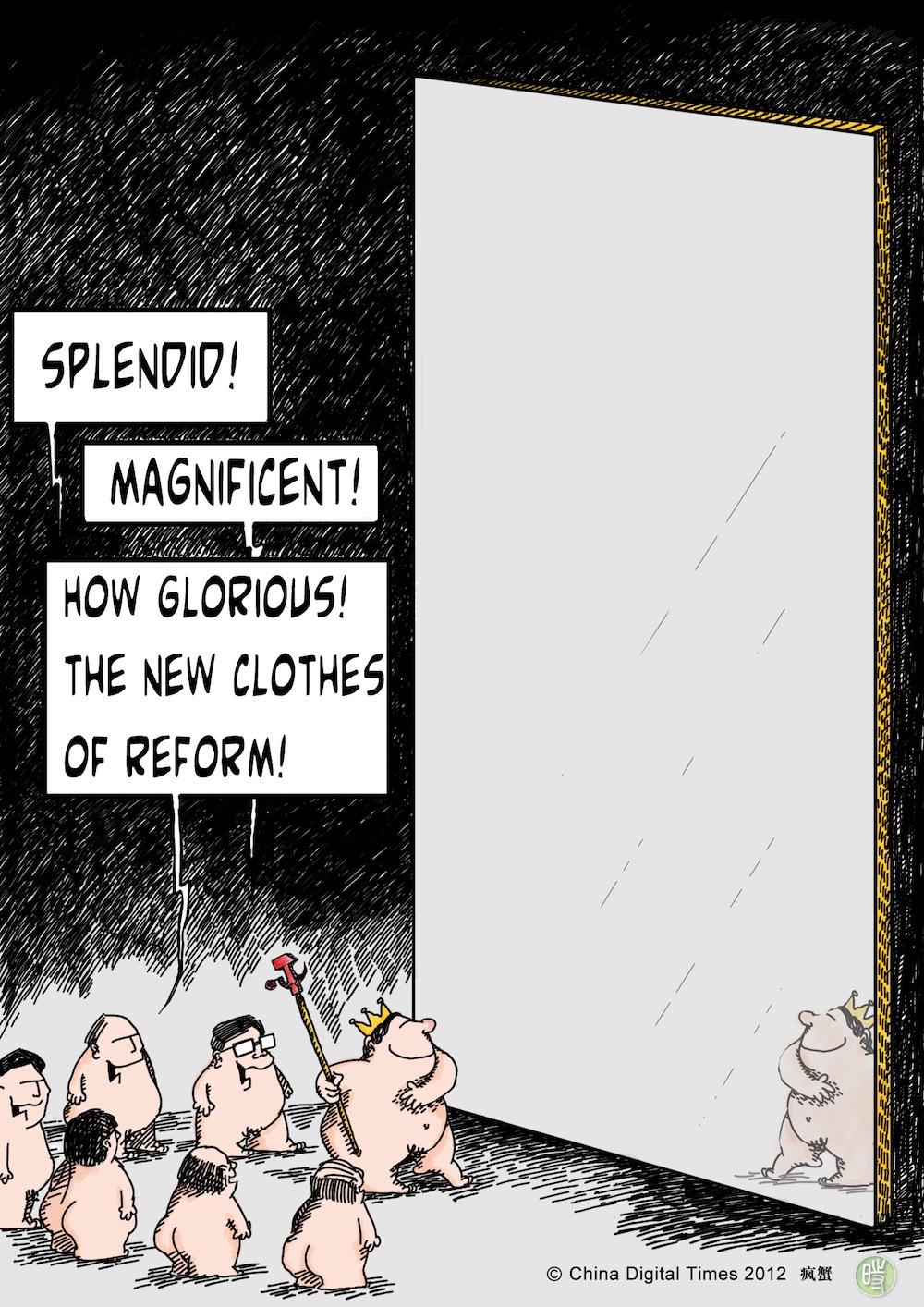 Of course, the concept of “naked officials” has another meaning to Chinese netizens as well.