For his latest contribution to the Hexie Farm CDT series, cartoonist Crazy Crab pays homage to Lin Zhao, a dissident intellectual who was executed during the Cultural Revolution. On April 29, the 45th anniversary of her death, supporters gathered at her grave in Jiangsu, but many were stopped by security officers. Lin’s case has become a rallying point for activists calling for accountability for atrocities committed during the Cultural Revolution. But her case is still very sensitive to China’s leaders and the archives remain sealed.

In Crazy Crab’s drawing, police resembling Alice in Wonderland’s Queen of Hearts shout “Off with her head” to a statue honoring Lin Zhao.

Who’s Afraid of Lin Zhao? by Crazy Crab for CDT: 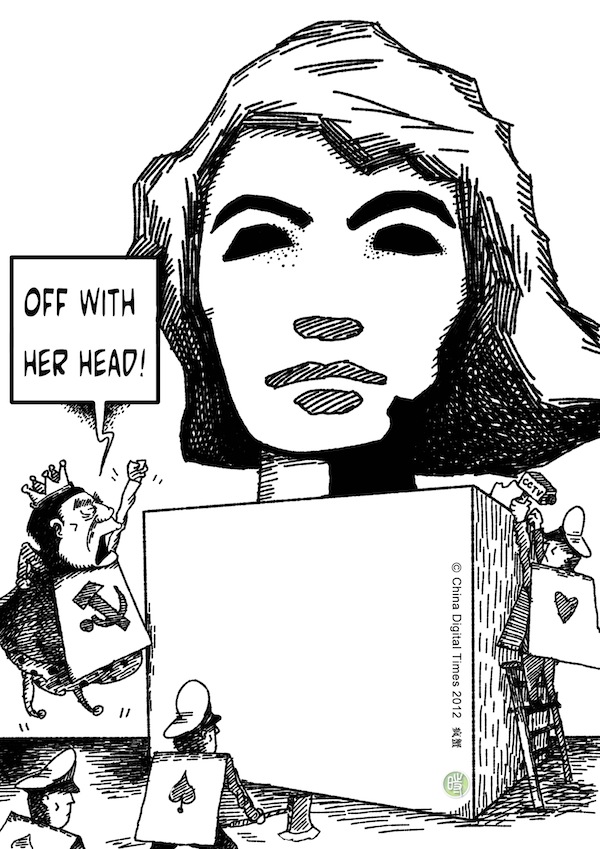