Hexie Farm (蟹农场): The Nightmare of the Pen

For his latest contribution to the Hexie Farm CDT series, cartoonist Crazy Crab comments on the situation for freedom of expression under the new administration of Xi Jinping. One lone pen wanders among a crowd of censors’ shears, as though walking through a bad dream. Continuing with Hexie Farm’s Orwell theme, the slogan on the wall declares “Two legs better!”

The Nightmare of the Pen, by Crazy Crab of Hexie Farm for CDT: 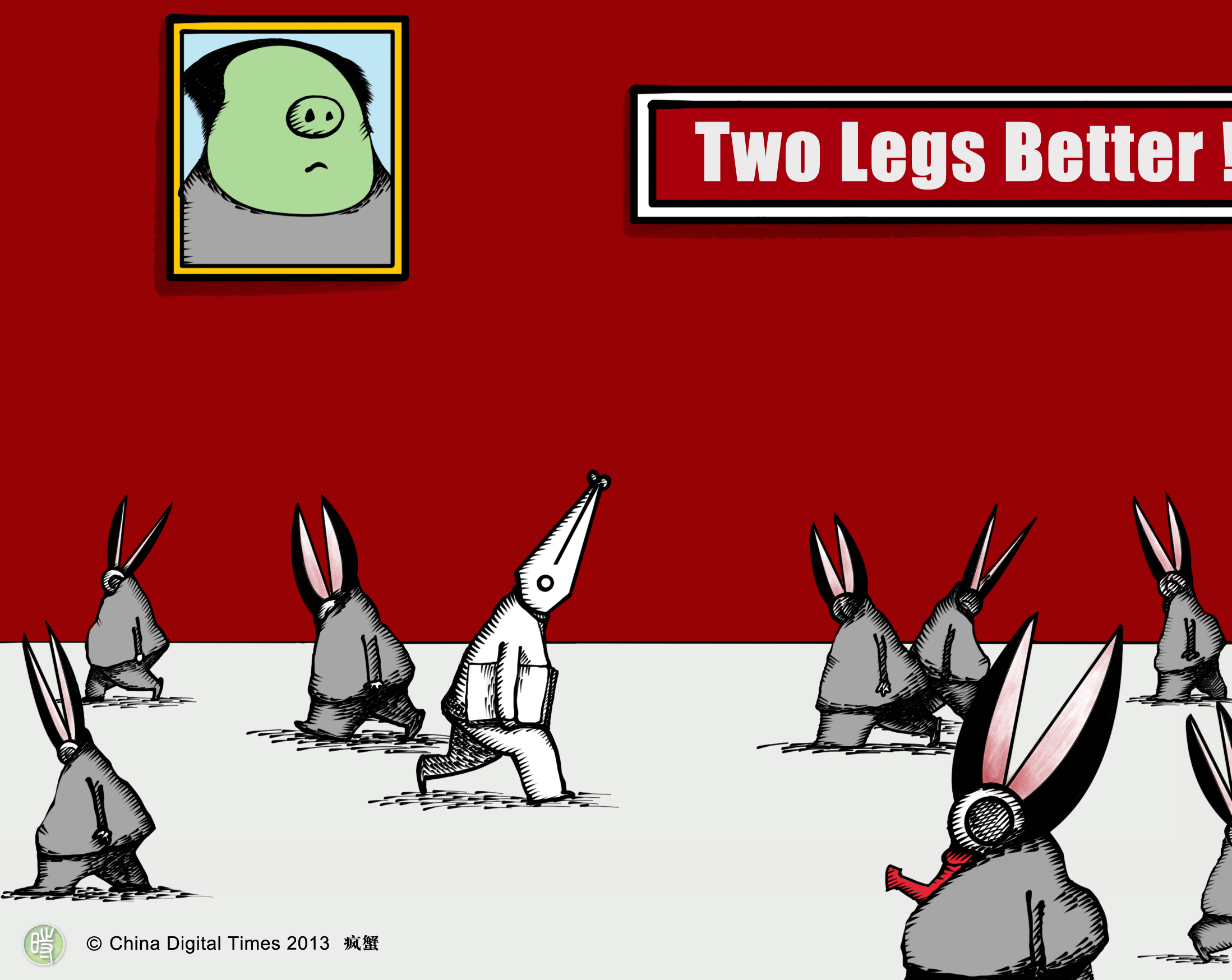