Hexie Farm (蟹农场): Behind the Wall

For his latest contribution to the Hexie Farm CDT series, cartoonist Crazy Crab comments on Beijing’s policies toward ethnic minorities. President Xi Jinping, depicted as a dishonest Pinocchio, is declaring the official line about the unity of China’s ethnic groups. Yet behind the facade lurks a hidden tank, representing the harsh government crackdown on the cultures and religions of minority groups in China. In recent weeks, incidents have been reported of police opening fire on gatherings of both Uyghurs and Tibetans.

Behind the Wall, by Crazy Crab of Hexie Farm for CDT: 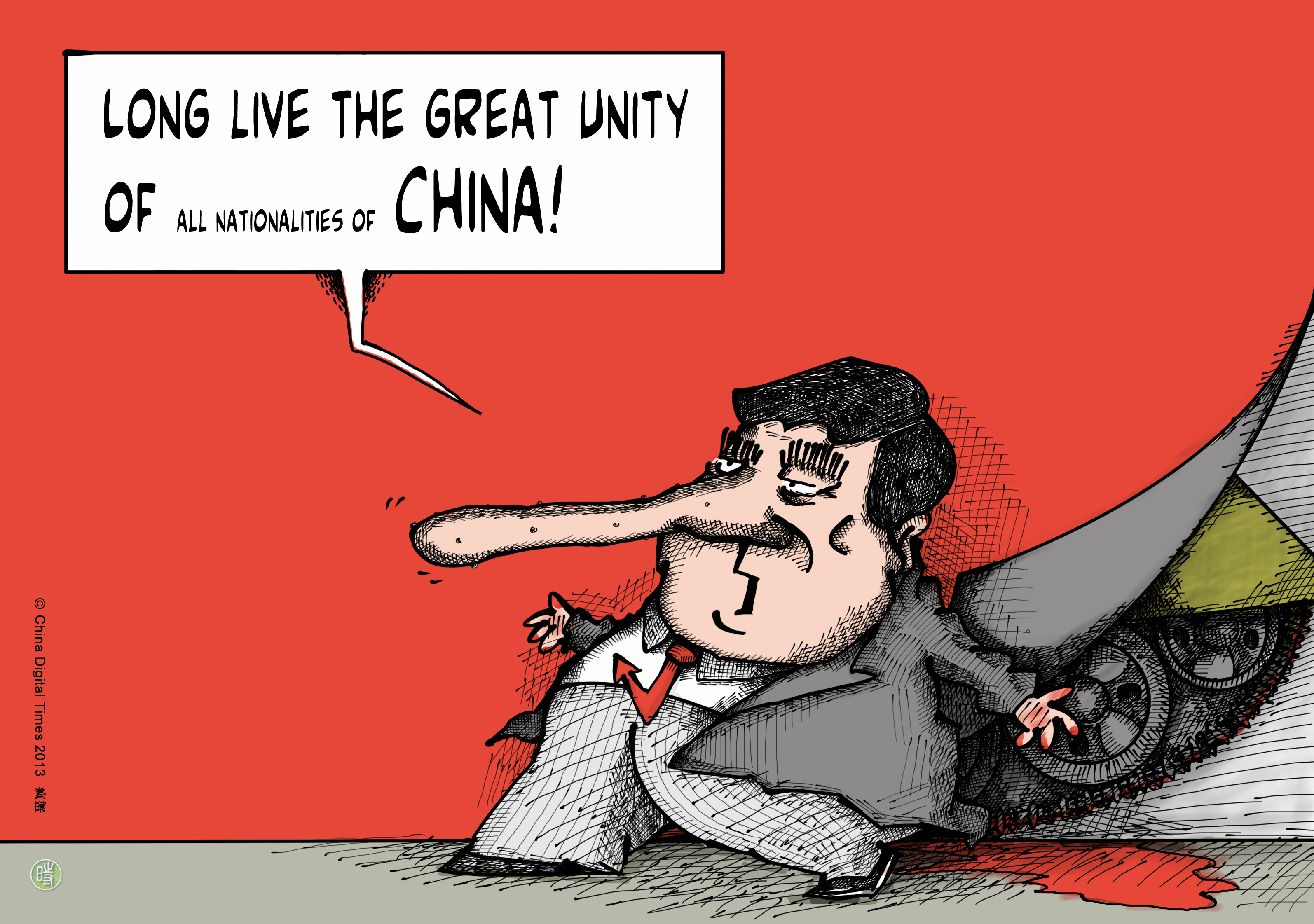