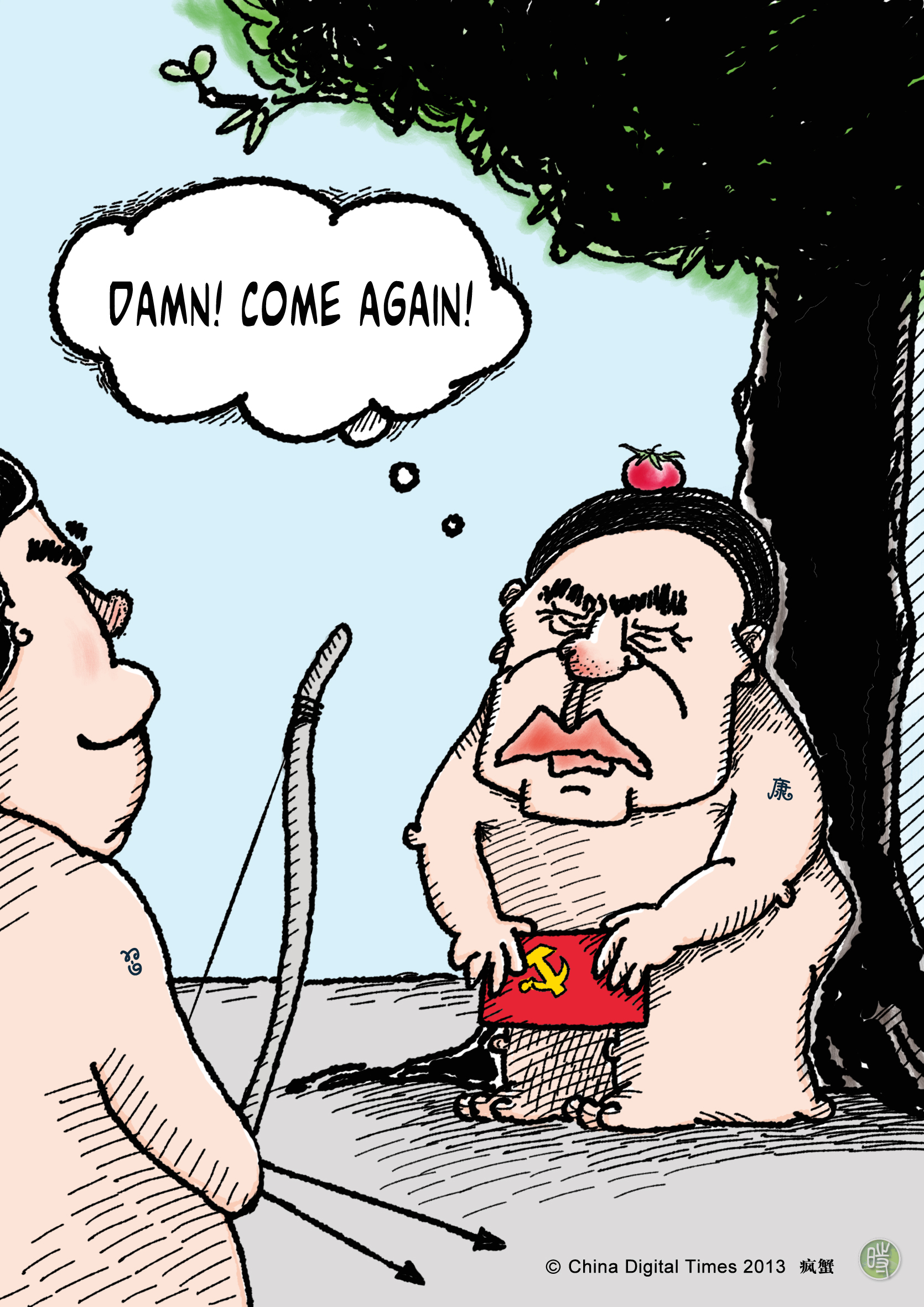 For his latest contribution to the Hexie Farm CDT series, cartoonist Crazy Crab comments on the current anti-corruption probes targeting former security chief Zhou Yongkang and his associates in the oil industry. In the cartoon, President Xi Jinping is depicted as William Tell, who, according to the legend, escaped execution by successfully shooting an apple off the head of his son. In Crazy Crab’s rendering, the target is in fact a tomato (an allusion to Bo Xilai), balancing on the head of Zhou Yongkang. Two more arrows remain in Xi’s hands, one of which may be directed at Zhou himself, indicating his uncertain future. Zhou is shown naked, covering himself with only a CCP flag.

The Arrow, by Crazy Crab of Hexie Farm for CDT: