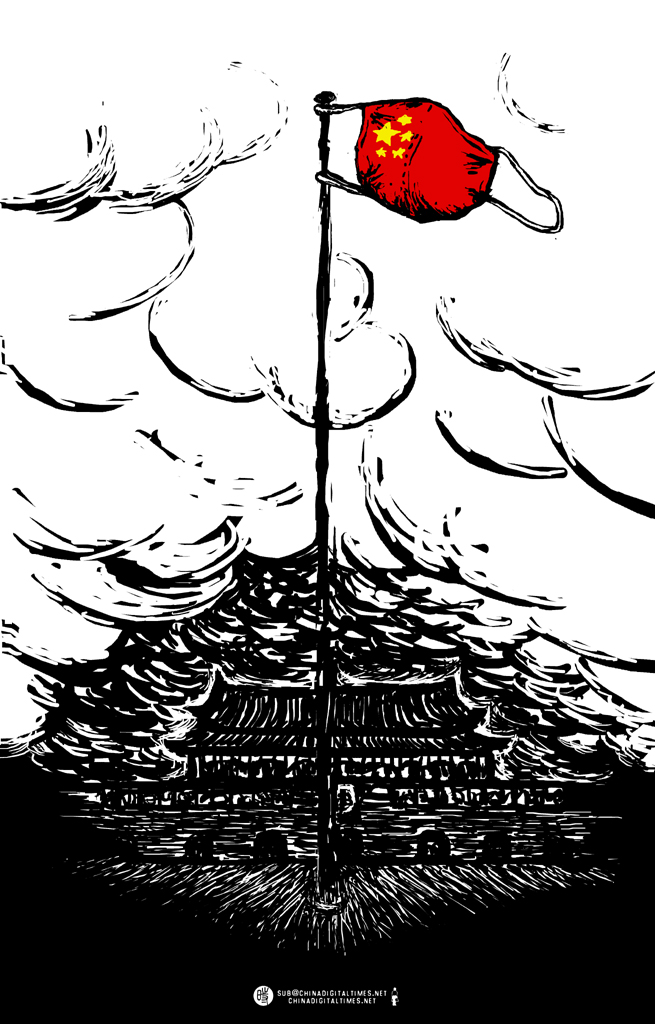 The debilitating air pollution generated much discussion on and off the Internet this week and features prominently in the CDT weekly round-up:

Censors coach media outlets in their coverage of the air pollution: While a Hubei Daily article, “We’re all to Blame for the Smog” was slated for promotion; reposts of CCTV Finance’s Weibo comments about apathy to the pollution were restricted.

President Xi Jinping made another impromptu appearance among the people when he took to the Beijing hutong. Weibo users had a laugh, posting blank photos and alleging that it was the president on his outing, invisible in the heavy smog.

Netizens lampooned Zhang Zhaozhong, of PLA National Defense University, after his comments on CCTV about the usefulness of Beijing smog in obstructing laser weapons.

CDT cartoonist Badiucao creates a new national symbol for China: a Chinese flag in the shape of a face mask.

Faced with reporting on anti-Yanukovych activists in Ukraine, the Ministry of Truth advises media outlets to use Xinhua wire copy or follow authoritative state media when reporting on the situation.

Finally, in this this week’s Word of the Week, a government agency that despite its function is notorious for providing unreliable data.