The Best and Worst of Times for China’s Film Industry 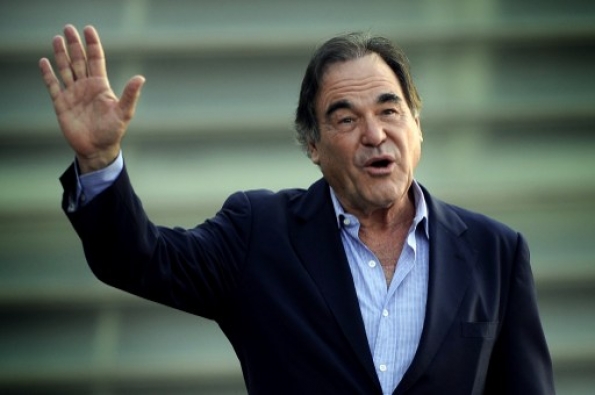 Jury members at the China Film Directors’ Guild Awards this month denied suggestions that their decision to withhold the best picture award was a protest against censors’ interference in the industry. But addressing a panel at the Beijing International Film Festival on Thursday, American director Oliver Stone was unequivocal in blaming censorship and self-censorship for stifling creativity in Chinese cinema, bucking the recent tendency in Hollywood to be carefully non-confrontational towards its biggest potential market. From Gady Epstein at The Economist’s Analects blog:

“You talk about co-productions, but you really don’t want to face the history of China. I tried to make a movie about Mao Zedong. But I was told ‘you will never make a movie about the Cultural Revolution’,” he said in a stage performance witnessed by scribblers from Variety, the Hollywood Reporter and the Los Angeles Times. “Mao Zedong has been lionised in dozens and dozens of Chinese films, but never criticised. It’s about time. You got to make a movie about Mao, about the Cultural Revolution. You do that, you open up, you stir the waters and you allow true creativity to emerge in this country.”

[…] Zhang Xun, the moderator of his panel and the president of China Film Co-production Corporation (in other words, a vital figure for Hollywood), tried to rebut Mr Stone. “A script needs to be what this country wants to show,” she said. “It is not that we don’t allow you to make this film, but it is about what we both agree to make.” The director responded dismissively, saying, “You are talking about protecting people from their own history.” Variety reported that the audience applauded his remarks. [Source]

Stone’s comments have since attracted wider praise, but the applause has not been unanimous. His comments included a concession that “you have to protect the country against the separatist movements, against the Uyghurs or the Tibetans, I can understand not doing that subject. But not your history, for Christ’s sake.”

@RobbieBarnett @beijingcream same as saying US filmmakers mustn't touch torture at Guantanamo, America has declared them as terrorists

As Epstein writes, this is hardly consistent with Stone’s own filmmaking.

Stone had previously urged China’s film industry to keep its national characteristics, according to Clifford Coonan at The Hollywood Reporter:

[…] “I love Chinese movies — Chinese movies shouldn’t always worry about trying to be Hollywood,” Stone told a briefing of local journalists, attended by The Hollywood Reporter. “Sometimes Chinese movies get silly, they put on these big numbers trying to be Hollywood. It’s awful, just like when a Hollywood movie tries to be something that it’s not. We all have to stick to our soul … There is a good place for co-production, where East meets West, whether it’s a love story like Love Is A Many Splendoured Thing or The World Of Suzie Wong.” [Source]

Younger Chinese director Lu Chuan also expressed concern about Chinese movies aping Hollywood, saying that a flood of investment had brought “the best time for the Chinese film industry and […] also the worst time.” From Clifford Coonan at The Hollywood Reporter:

The gold rush has created lots of opportunities for new talent and directors. But it’s led to a narrow focus on rapid box office returns.

“Nobody cares about the content. Everybody wants to make movies quicker and quicker and the producer is going crazy. The market is growing bigger but the content and quality is not better and better — it’s maybe even worse,” said Lu.

“You can’t overuse it. It is like a mine. You just dig and dig. Maybe sometime it will collapse,” he said.

[…] “As a local film maker, we need to make better movies to compete with Hollywood movies. But the negative side is Chinese audiences only like the Hollywood ‘muscle’ movies — big muscle and action,” he said. [Source]

Lu lamented that despite the new abundance of financial resources, not enough is being done to build the human skills necessary to produce a film like Alfonso Cuarón’s award-winning Gravity. But Cuarón himself told Xinhua this week that he had faith in China’s filmmakers:

“I think Chinese directors can also make movies like that. It’s first of all, the curiosity. My curiosity led me to Gravity,” the Mexican filmmaker said in an exclusive interview with Xinhua on Thursday at the ongoing Beijing International Film Festival.

[…] As for how to achieve a success like Gravity, he replied that the only way a director can win an Oscar is to focus on the integrity of their work.

“I don’t think it’s about words or box office, or that it’s something you can calculate. You have to do the film that you really believe in,” he said.

[…] In his view, the Chinese film industry is strong enough to develop its own models, rather than follow others’ lead. “The paradigm is to cooperate with Hollywood and that will make Chinese movies more global.” [Source]