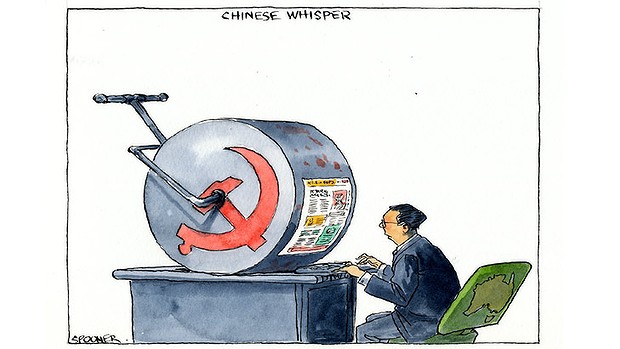 As China once again announces new regulations on domestic journalists, and concern grows about its influence in Hong Kong and Taiwanese media, writer and former intelligence analyst Paul Monk voices concern at Beijing’s acquisitions of Chinese-language outlets in Australia. From The Age:

Over the past decade or so, something disturbing has been happening in the Chinese community media in this country. The Chinese Communist Party’s propaganda bureau has been buying up radio stations and newspapers across the country and channelling the voice of Beijing into them from editorial offices in China. Increasingly, topics on which press discussion is forbidden in China have vanished also from the Chinese language media in our own country.

What used to be a highly diverse set of platforms for community news and commentary is now characterised by a strange and disquieting conformity to the worldview dictated by censors and editors in a foreign country. All this has been happening quietly under the noses of media regulators, with the wider Australian public being entirely oblivious to it. The implications are disquieting and it’s time the matter was more thoroughly looked into. [Source]