Defying Censors to Reveal Horrors of the Great Famine 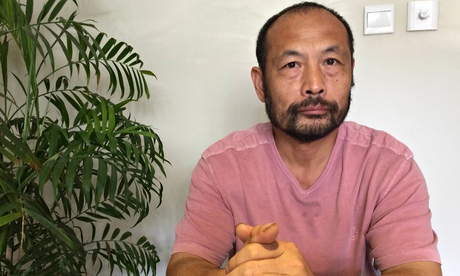 Documentary film-maker Hu Jie’s body of work has focused on Party history from the 1950s to the 1970s—an era when the disastrous effects of numerous central policies today remains largely off-limits from public discussion in China. After summarizing some of Hu’s earlier films, The Guardian’s Tania Branigan looks at Spark, a new film exploring the Great Famine of 1959-1961:

For modern Chinese students it is not the Great Famine but the Three Years of Difficulties. The catastrophe remains so sensitive that their history books do not document how many starved to death, or why. Yet more than 50 years ago, at the height of the disaster, a handful of their predecessors published an underground magazine bluntly accusing Communist leaders of causing the devastation. “The dead couldn’t tell,” said one of the authors, Xiang Chengjian. “I decided to sacrifice myself … I was ready to die.”

The story of Spark, and the boldness of the students, is the latest piece of China‘s past unearthed by film-maker Hu Jie. His documentaries have traced the Maoist excesses of the 1950s, 1960s and 1970s, and the extraordinary individuals who swam against the tide.

[…] The subjects Hu tackles are so sensitive that some of those involved have not discussed them even with their families. He has persuaded a remarkable range of witnesses to go on camera; some are grateful for the chance to talk after years of suppressing the truth.

“I’m trying to save all of this material. If these people die, the memories are gone,” Hu said. [Source]

Read more on Hu Jie or the Great Famine via CDT.