“Birds Born in a Cage Think Flying Is an Illness” 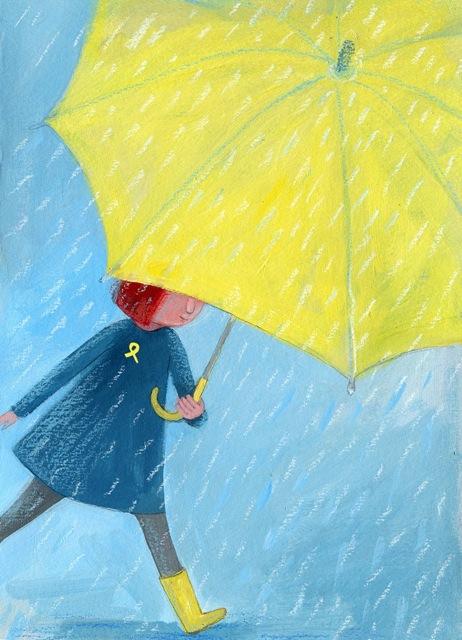 While the People’s Daily produced several editorials with stern warnings to the Hong Kong protesters, an article from a local news site caught the attention of mainland readers. On October 1, China’s National Day, a “Shenzhen high school student” wrote an open letter to his peers in Hong Kong, urging them to abandon protest and focus on their studies. The letter first appeared on Shenzhen News Net (sznews.com), and was then reposted by the Global Times. South China Morning Post’s Andrea Chen summarizes the letter and readers’ reactions:

Si wrote: “I am so confused when I learnt that some Hong Kong students my age boycotted class and went on [the] street that I can’t help but speak from my heart as your neighbour and your peer.”

He (or she, there is no way to know) added: “Whatever political system we are living in, the most important politics for us as students is to study hard.”

[…] “I was young when Hong Kong was handed over back to China. But I can still recall the festive atmosphere.”

[…] “I wonder how old the student is and how poor his grades must have been. Seventeen years have passed since the handover but he is still in high school,” a microblogger from Guangzhou wrote.

[…] “Besides the age of the ‘student’, I could not get the logic of his argument. He remembers Hong Kong being a beautiful city back in 1997, and doesn’t like it being chaotic today. Isn’t it why Hong Kong people have been protesting after the handover [against Beijing’s ruling that turns it into a chaotic place]?” said another microblogger from Singapore. [Source]

In order for the author of the open letter to have remembered the handover of Hong Kong, he or she would have to be either an older student, or to have been an infant with an uncanny memory.

SCMP was unable to reach the high school the author purportedly attends. It identified 382 comments left on the Global Times’ Weibo post [Chinese], but it appears that all of those comments have been filtered or deleted–the Global Times weibo shows over 4000 reposts, but no comments [Chinese].

In offhand rebuttals to this apparent propaganda, and to state media’s portrayal of the protests as a whole, some Chinese netizens have shared a quote attributed to Chilean artist and free spirit Alejandro Jodorowsky: “Birds born in a cage think flying is an illness.” On the BBS forums xcar.com.cn and slit.cn, two different users started threads with this quotation, pasting into the body of the main post a pastel drawing of a women carrying a yellow umbrella and wearing a yellow ribbon on her shirt, both symbols of the now-dwindling protests. On Weibo, user 比利 posts the quotation in Chinese and English, and attaches photos from Lennon Wall, where protesters have left sticky notes on the skybridge near the Hong Kong government’s headquarters. For all the editorials lambasting the protests in Chinese state media, netizens offer this quotation as quiet support for the protest.