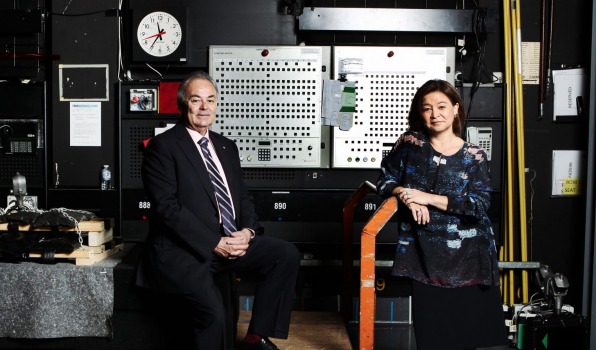 At the Australian Financial Review, Angus Grigg reports accusations that a China-based, Chinese-language website run by the Australian Broadcasting Corporation omits coverage on sensitive political subjects in exchange for market access. The site was launched following an agreement with the Shanghai Media Group which was signed on the 25th anniversary of the bloody June 4th, 1989 crackdown.

According one of Australia’s foremost china scholars, John Fitzgerald, The ABC has abandoned any Chinese language coverage critical of Beijing since concluding a deal with a media company backed by Beijing.

“The ABC’s silence launched a new era of ABC Chinese language programming in which there is no room for general news or current affairs or any commentary likely to give offence to the Central Propaganda Bureau of the Chinese Communist Party,” writes Mr Fitzgerald in an article in The Australian Financial Review.

[…] The new site, AustraliaPlus.cn sits inside the Great Firewall, and has no links to other Mandarin language news services where critical information may be published.

The ABC’s previous Mandarin language service, which was shut down in 2014, covered many issues censored in China, including the wealth of Communist Party leaders, previous anniversaries of the 1989 Tiananmen Square massacre and control of the internet.

[…] The ABC said the AustraliaPlus.cn site was designed to “present and promote Australian stories, values and perspectives to the region” and was never billed as a hard news services. [Source]

Also at AFR Weekend, John Fitzgerald looks at why ABC chose to pursue its current strategy:

There is much to be said for promoting Australian service industries in the expanding China market. But is the ABC an appropriate platform? Australiaplus.cn not only fails to offer news and current affairs. It also supports China’s higher strategic purpose of eliminating reliable sources of news and information once broadcast through the ABC International Chinese service.

The question is: why did ABC management come to imagine that the June 4 agreement was not only worthwhile, but worth celebrating?

One possible explanation is that China would periodically block ABC international news and current affairs programming in Chinese from entering Chinese airspace.

Second, news and current affairs are expensive. The ABC has absorbed funding cuts that have flowed through to ABC International, but an ABC platform based in Shanghai is not affected by the prohibition applying to ABC advertising on programs broadcast from within Australia. It can and does carry advertisements.

Third, the ABC board was trying to secure landing rights in China around that time – the right to have ABC shown in hotel lobbies and airports and the like. [Source]

ABC has issued a statement rejecting accusations that the broadcaster has bowed to Chinese censors. The criticisms against it come amid an ongoing crackdown by Chinese authorities to silence dissenting voices at home. Recently, China’s government closed real estate mogul Ren Zhiqiang’s social media accounts after the outspoken businessman openly criticized President Xi Jinping’s media policies. The incident occurred following Xi’s high-level visits to several state-media organizations, during which he demanded absolute loyalty from journalists and media outlets. Meanwhile, China has also been working to strengthen its own voice overseas, in line with Xi’s call to establish “flagship media with strong international influence.” The “infiltration” of Australia’s Chinese-language media by China’s state media has repeatedly provoked concern.

Elsewhere, Philip Wen at The Sydney Morning Herald reports that a Chinese action committee in Australia is calling on Australian prime minister Malcolm Turnbull, who is visiting China this week, to recognize China’s claims in the South China Sea. The group’s request comes at a time when patriotic Chinese associations in Australia are gaining increasing political influence.

As Malcolm Turnbull prepares to embark on his first official visit to China as prime minister, some 60 Chinese community leaders in Australia gathered in Sydney urging him to watch his words when discussing the South China Sea in Beijing.

Unfurling a large red banner declaring the need to “Firmly Safeguard the Sovereign Rights of China in the South China Sea”, the forum was organised by the overseas Chinese patriotic association Australian Action Committee for Peace and Justice.

[…] What were previously fringe nationalistic and patriotic Chinese associations in Australia are now emboldened in the search for greater domestic political influence with the implicit backing of a rising China and its increasingly assertive foreign policy.

The action committee has close ties with the local Chinese embassy and consulates, as well as the Australian Council for the Promotion of Peaceful Reunification of China, an organisation under the umbrella of China’s United Front which rails against independence movements in Tibet, Taiwan and Xinjiang. The council is chaired by Huang Xiangmo, a prolific donor to both major Australian political parties, as well as the founding donor of the Australia-China Relations Institute at the University of Technology, Sydney. [Source]

According to Xinhua News, Xi and Turnbull have both expressed commitment to building a strong bilateral partnership between the two countries. For Turnbull, Peter Hartcher writes at the SMH, stronger ties with China are central to economic plans that will take center stage in his next election campaign.