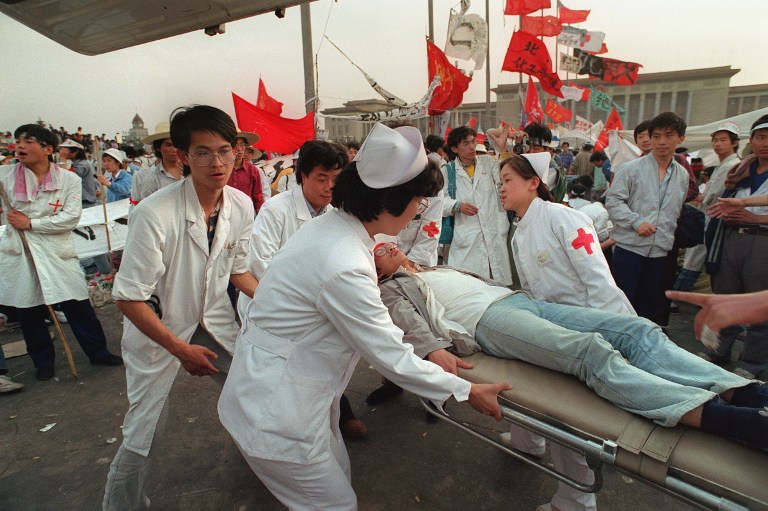 A week of growing anti-Government protests turned violent for the first time on Saturday, spreading to the central Chinese city of Xian, where protesters attacked the provincial Government headquarters, injuring 130 officers and burning 20 houses, the official New China News Agency reported this morning.

The rioting, which included an attack on foreign tourists, continued for about 12 hours, the agency said. The volatile situation in Xian presented the Government with the substantial new challenge of controlling major unrest not only in Beijing but in other cities.

While pro-democracy demonstrations have taken place in several cities since the death on April 15 of the former Communist Party leader, Hu Yaobang, Saturday’s violence seemed likely to force the Government, which so far has acted with relative restraint to almost continuous demonstrations in the capital, to take a firmer line against the protesters. [Source]

See also a Danwei translation of a blog post by Laohu Miao in which he scanned the front page of People’s Daily from April 23, 1989, announcing Hu Yaobang’s death.