There must be many reasons for Norway’s excellence, but some of them are probably embedded in the story of Jan Baalsrud.

In 1943, Baalsrud was a young instrument maker who was asked to sneak back into Norway to help the anti-Nazi resistance.

His mission, described in the book “We Die Alone” by David Howarth, was betrayed. His boat was shelled by German troops. Baalsrud dove into the ice-covered waters and swam, with bullets flying around him, toward an island off the Norwegian coast. The rest of his party was killed on the spot, or captured and eventually executed, but Baalsrud made it to the beach and started climbing an icy mountain. He was chased by Nazis, and he killed one officer.

He was hunted by about 50 Germans and left a trail in the deep snow. He’d lost one boot and sock, and he was bleeding from where his big toe had been shot off. He scrambled across the island and swam successively across the icy sound to two other islands. On the second, he lay dying of cold and exhaustion on the beach.

Two girls found and led him to their home. And this is the core of the story. During the next months, dozens of Norwegians helped Baalsrud get across to Sweden. Flouting any sense of rational cost-benefit analysis, families and whole villages risked their lives to help one gravely ill man, who happened to drop into their midst.

Baalsrud was clothed and fed and rowed to another island. He showed up at other houses and was taken in. He began walking across the mountain ranges on that island in the general direction of the mainland, hikes of 24, 13 and 28 hours without break.

A 72-year-old man rowed him the final 10 miles to the mainland, past German positions, and gave him skis. Up in the mountains, he skied through severe winter storms. One night, he started an avalanche. He fell at least 300 feet, smashed his skis and suffered a severe concussion. His body was buried in snow, but his head was sticking out. He lost sense of time and self-possession. He was blind, the snow having scorched the retinas of his eyes.

He wandered aimlessly for four days, plagued by hallucinations. At one point he thought he had found a trail, but he was only following his own footsteps in a small circle.

Finally, he stumbled upon a cottage. A man named Marius Gronvold took him in. He treated Baalsrud’s frostbite and hid him in a remote shed across a lake to recover.

He was alone for a week (a storm made it impossible for anyone to reach him). Gangrene invaded his legs. He stabbed them to drain the pus and blood. His eyesight recovered, but the pain was excruciating and he was starving.

Baalsrud could no longer walk, so Gronvold and friends built a sled. They carried the sled and him up a 3,000-foot mountain in the middle of a winter storm and across a frozen plateau to where another party was supposed to meet them. The other men weren’t there, and Gronvold was compelled to leave Baalsrud in a hole in the ice under a boulder.

The other party missed the rendezvous because of a blizzard, and by the time they got there, days later, the tracks were covered and they could find no sign of him. A week later, Gronvold went up to retrieve Baalsrud’s body and was astonished to find him barely alive. Baalsrud spent the next 20 days in a sleeping bag immobilized in the snow, sporadically supplied by Gronvold and others.

Over the next weeks, groups of men tried to drag him to Sweden but were driven back, and they had to shelter him again in holes in the ice. Baalsrud cut off his remaining toes with a penknife to save his feet. Tired of risking more Norwegian lives, he also attempted suicide.

Finally, he was awoken by the sound of snorting reindeer. A group of Laps had arrived, and under German fire, they dragged him to Sweden.

This astonishing story could only take place in a country where people are skilled on skis and in winter conditions. But there also is an interesting form of social capital on display. It’s a mixture of softness and hardness. Baalsrud was kept alive thanks to a serial outpouring of love and nurturing. At the same time, he and his rescuers displayed an unbelievable level of hardheaded toughness and resilience. That’s a cultural cocktail bound to produce achievement in many spheres. 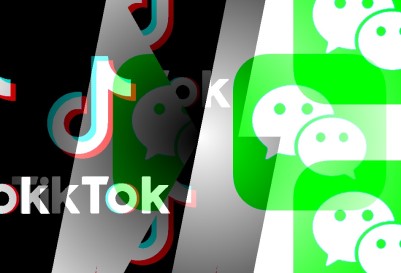