By
JEROME A. COHEN AND
EVA PILS

The Nobel Peace Prize committee’s decision to award the medal to
Liu Xiaobo was supposed to shine a spotlight on human rights abuses
in China. Instead, Beijing has pulled out all the stops to make the
prize about almost anything but human rights. If that tactic
succeeds—and if the rest of the world isn’t careful, it might—this
prize will represent a disappointing lost opportunity.

The committee’s purpose ought to be clear as day: Mr. Liu won
the prize “for his long and non-violent struggle for fundamental
human rights in China.” Yet in the weeks since the announcement,
Beijing has framed this as an attack on its “sovereignty.” It also
sparked a debate about commercial interests and diplomacy toward
China by cancelling a ministerial trade meeting with Norway and
calling upon European countries to boycott the award ceremony or
else. More destructively, China’s state-run media launched an
unprecedented campaign to slander and libel Mr. Liu and intimidate
his many supporters by suggesting he’s in the pay of the American
government and harbors “anti-China” opinions.

In short, Beijing has tried to change the subject in order to
distract commentators from human rights problems that Mr. Liu
addressed and that the Nobel committee wanted to highlight.

Fortunately, there will soon be another opportunity to get the
discussion back on track: the Dec. 10 ceremony at which Mr. Liu
would personally receive his medal if he weren’t currently
imprisoned for 11 years. The best way to cut through Beijing’s
smokescreen is to focus not only on Mr. Liu but also on why his
friends won’t be able to attend the ceremony either.

Liu Xia, Mr. Liu’s wife, would ordinarily be the guest of honor
in his absence. Unfortunately, since announcement of the prize,
even though she is not suspected of a crime, she has been subjected
to increasingly severe police restraints, making it very difficult
to communicate with the outside world. Thus, on Oct. 26, when a
foreign journalist asked Foreign Ministry spokesman Ma Zhaoxu what
Mr. Ma called a “hypothetical question”—whether Liu Xia would be
allowed to go to Oslo—Mr. Ma was able confidently to urge
journalists to ask her whether she wanted to go.

On Tuesday, the renowned criminal defense lawyer Mo Shaoping and
outspoken Peking University law professor He Weifang, both
signatories of Charter 08, were prevented from leaving the country.
They were on their way to a conference of the International Bar
Association in London, scheduled months ahead. They already held
November return tickets and had no plans to go to Oslo. Yet the
authorities told them they were not allowed to leave, because they
“might endanger state security.”

Consider also blind “barefoot lawyer” Chen Guangcheng, who has
been invited to attend. He probably doesn’t even know he is on the
guest list. Since his release from prison on Sept. 9 after serving
more than four years for “intentionally damaging public property”
and “organizing others to block traffic” (his real crime was
revealing the local government’s massive forced abortions and
sterilizations), he and his family have been under extraordinarily
fierce extralegal detention. Their impoverished rural farmhouse is
at all times encircled by a horde of police officers and hired
guards, who have severed all communications, installed security
cameras and all-night bright lights, and frequently threatened Mr.
Chen as well as would-be visitors. The last any of his friends
spoke to him or his wife was in late September.

Hu Jia is another friend of Mr. Liu who will not be able to
honor him in Oslo. Mr. Hu is serving a 3½-year prison sentence for
“inciting to subvert state power,” related to his activism on
behalf of the environment, AIDS-related official abuses, persecuted
human rights defenders and others. His wife, also an activist, has
been warned that upon his release in 2011 the family, which endured
illegal harassment before Mr. Hu's detention, will likely be
subjected to the same sort of suffocating illegal house arrest that
their friends the Chens have long suffered.

Another activist illegally detained in his apartment is former
Shanghai housing lawyer Zheng Enchong. He helped expose a corrupt
conspiracy between Shanghai officials and private developers who
evicted local residents to make way for building projects. It first
cost him his lawyer’s license. He then was sent to prison for three
years, ostensibly for sending abroad “state secrets” but actually
because he persisted in advising the dispossessed. He has been
holed up by police for most of the last four years and is now
strictly confined again after sending out messages supporting Liu
Xiaobo.

At least the whereabouts of these activists are known. That is
not the case with another unfrocked lawyer who will not be in Oslo
on Dec. 10, Gao Zhisheng, one of China’s most courageous
human-rights defenders, who has been kept under house arrest,
harassed, imprisoned, tortured and humiliated since 2006. At
present he has literally “been disappeared”—authorities won’t say
whether he is in jail again and, if so, why; or where he is; or
even if he is still alive. And this is not his first disappearance.
Earlier this year, after sustained efforts on his behalf by foreign
governments, human rights organizations and media, Mr. Gao emerged
for one week of limited freedom following 14 months of
disappearance. Yet, after contacting his wife and children, who
fled to the U.S. last year, and a few friends, he again went
missing and there has been no news of him since April 20.

Foreign politicians, diplomats, journalists, business people,
academics and rights activists should be asking Beijing why these
people and many other admirable Chinese invitees won’t be allowed
to travel to Norway. Such sunlight might burn off some of the fog
the Chinese government has tried to create around its civil and
political rights record. There is no better way to answer Beijing’s
diversionary nationalistic propaganda offensive than to call
attention to those empty chairs on Dec. 10. 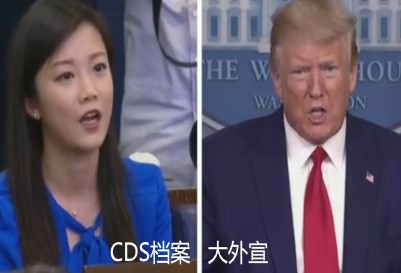