BEIJING — In a case that has galvanized lawyers across China and provided a window into how the next generation of leaders may view the country’s fragile legal system, a defense lawyer went on trial Tuesday charged with fabricating testimony in favor of his client.

The lawyer, Li Zhuang, a 50-year-old from Beijing, has been accused of inciting a client to fake testimony. Mr. Li was previously convicted on similar charges after one of his clients, a convicted gangster from the western city of Chongqing, testified against him late last year. Mr. Li is currently serving 18 months in prison.

Yet few Chinese commentators seem to believe that Mr. Li is guilty in either case. Many think he was framed for fighting what they see as a crude campaign against corruption.

“The Li Zhuang case is so important because it is an indicator of how far China has come on its legal reform,” said a Peking University law professor, He Weifang, who has also posted a sharp criticism of the case on his blog. “It sets China’s legal reform back 30 years.”

The unusual case began in 2007, when one of the country’s best-known politicians, Bo Xilai, took charge of Chongqing, a sprawling municipality of 30 million people in western China. The appointment was seen as a challenge for Mr. Bo, the son of one of China’s most powerful leaders. It also was widely seen as a sign that Mr. Bo was angling for a top job himself.

He had been minister of commerce, so it was a notable move because Chongqing was poor and suffered from some of the worst environmental problems in China and a plague of organized crime.

But Mr. Bo embarked on a series of spectacular actions to stay in the national limelight. Using methods reminiscent of political campaigns in the early era of Communist rule, he mobilized neighborhood cleanups and sent out greetings to local residents with old-style Communist slogans, although via text messages. Mostly, he began a ferocious crackdown on organized crime.

Caught up in the campaign was Gong Gangmo, whose family had hired Mr. Li in late 2009 to defend him. Mr. Li, a successful lawyer who had previously defended those accused of organized crime, traveled to Chongqing and met with Mr. Gong. A few days later, Mr. Gong told prosecutors that Mr. Li advised him to falsely testify that he had been beaten for eight days and nights.

Within a month, Mr. Li had been tried and sentenced to two and a half years in prison. This was reduced to one and a half years because Mr. Li was said to have cooperated. At the sentencing, however, Chinese news reports said that Mr. Li angrily called out that he had been framed.

On Tuesday, Mr. Li went back on trial. Prosecutors say that he was involved in fraud and that he enticed a witness to fabricate evidence.

Many Chinese say they are appalled at what appears to be a crude use of the courts for political gain. In both trials, Chinese court procedure has been ignored. Mr. Li has not, for example, been able to face his accusers, and his lawyers could not cross-examine them.

Newspapers and magazines have reported widely on this case, with, for example, one of the country’s leading magazines, Caixin, devoting a cover story to it and an editorial in the current issue. Several Web sites had minute-by-minute coverage. Many say that if Mr. Li is convicted, it will be impossible for other lawyers to defend their clients. “Defending Li Zhuang is defending the right to work as a lawyer in China and the ideal of justice,” Wei Rujiu, one of his lawyers, wrote on his blog on Tuesday.

The publicity is in striking contrast to the many lawyers who have been quietly rounded up in a recent political crackdown. One explanation, analysts say, is that Mr. Li is not a political dissident, making it acceptable for the Chinese media to report on the issue.

But it may also signal that forces are opposing Mr. Bo’s efforts to use Chongqing as a springboard back to Beijing, and possibly the Standing Committee of the Politburo.

“Bo is not uncontroversial in the party,” said Joshua Rosenzweig of the Dui Hua Foundation, a human rights monitoring group, in Hong Kong. “It feeds into concern over how Bo has handled criminal justice in Chongqing.”

That could have broader ramifications for China because Mr. Bo, should he win a seat on the Standing Committee, is also expected to be put in charge of law and order. That could make Mr. Li’s treatment a harbinger for the next government’s view of the legal system. 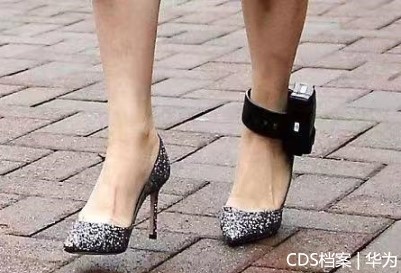