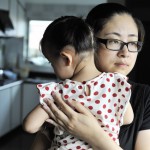 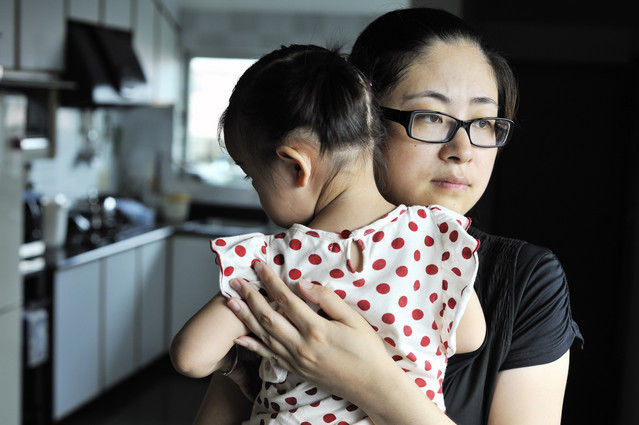 Wang Hui says she doesn’t care about the money. She wants
to know why her husband, Zheng Hangzheng, never made it home from a business
trip on July 23.

Zheng, a 34-year-old entrepreneur, was one of 40 people
killed when two high-speed trains collided in Wenzhou, eastern China. The first
official explanation reported for the accident — a lightning strike knocked
out power to one of the trains before the second plowed into it — drew
ridicule on China’s Internet and triggered a protest near the crash scene by
Wang and other victims’ families demanding a full investigation, Bloomberg
Markets magazine reports in its November issue.

Wang, 32, says 10 days after the crash, authorities
offered her 915,000 yuan ($143,000) to give up any claims against the Ministry
of Railways. She says they hinted that if she didn’t agree, they
would let Zheng’s body rot. She signed.

“It was too early to discuss compensation when the truth
of the accident and who was responsible were unknown,” Wang says, comforting
her 17-month-old daughter in the three-bedroom apartment they share with
Zheng’s parents. Internet coverage of her ordeal struck a chord with many
Chinese. A video of Wang asking for justice in an interview at Wenzhou train
station went viral after being posted on two of the country’s biggest video-
sharing websites, and
127,000 followers now read her microblogs on a Chinese version of Twitter.

The accident brought focus on the safety and financial
shortcomings of China’s showcase rail network. Public outrage went further with
citizens openly questioning whether the world’s fastest major economic
expansion is worth the death of people like Zheng, as well as the suppression
of information and corruption that has come with it.

“Economic growth is increasingly not enough,” says Cheng
Li, a senior fellow at the Brookings Institution in Washington. “The Chinese people are saying that their
government proved it can deliver development, now it should deliver accountability.”

That so many Chinese are reassessing the costs of the
country’s economic growth, which averaged more than 10 percent annually over
the last decade, poses one of the stickiest challenges for one-party rulers in
the years ahead: balancing a drive for wealth with the public satisfaction
necessary for social stability.

The crash bruised the reputation of the rail industry at
the heart of China’s plans to spread prosperity inland and provide exports more
sophisticated than consumer goods. The high-speed network —
dubbed Harmony after the regime’s goal to create a prosperous, “harmonious
society” — opened in 2007 and was slated to be the world’s biggest network at
16,000 kilometers (9,900 miles) by 2015.

To build it, the rail ministry has run up a debt of 2.1
trillion yuan ($330 billion), equal to 5 percent of everything produced in
China last year.

Since the accident, the rail ministry has suspended
approvals on new projects nationwide, recalled 54 high-speed trains and removed
three top regional railway officials from their posts.

“The accident is a blow to government’s ambition to
attain world class technology for the country,” says Nicholas Yeo, the Hong
Kong-based head of China and Hong Kong equities at Aberdeen Asset Management,
who oversees $70 billion. “It points to the country focusing on speed at the
compromise of quality.”

Premier Wen Jiabao visited the accident site July 28 and promised the
government would issue a report to “get to the bottom” of what happened. Huang
Yi, a spokesman for the State Administration of Work Safety which is carrying
out the probe, wouldn’t answer faxed questions on the content of the report or
when it will be released.

The July 23 tragedy “could have been avoided and
prevented,” Huang told the state-run Xinhua News Agency Aug. 22. Liu Lianguang,
a professor at North China Electric Power University who was a member of the investigative
panel, said Sept. 16 it had found signal software problems and human error
contributed to the crash. The Railways Ministry didn’t respond to faxed
questions seeking comment.

Even before the tragedy, it was getting harder for the
rail ministry to raise funds. China’s largest corporate borrower wasn’t able to
find buyers for all its one-year notes in a 20 billion-yuan sale on July 21.
Since the crash, the extra yield investors demand to hold such notes rather
than government debt has risen 20 percent, according to chinabond data on
Bloomberg.

“After the accident the financial industry will have even
less confidence in high-speed trains,” says Zhao Jian, a professor of economics at Beijing
Jiaotong University. “Its funding crisis is approaching.”

The central government may have to bail out the rail
system because its failure would lead to the collapse of the economy, Zhao
says.

China’s plans to export its rail technology may also be
damaged, says Kao Tsung-chung, a visiting professor of railroad engineering at
the University of Illinois in Champaign-Urbana who’s involved with planning for
high-speed rail projects in California and Illinois.

The rail ministry and companies including China Railway
Construction Corp. are among more than 900 firms that have expressed interest
in bidding on work to build the planned 616- mile (991-kilometer)
line linking San Francisco and San Diego.

“Now there will be more scrutiny,” Kao says. “The
reputation and future of China’s high-speed rail is at stake with this report.
The government isn’t known for transparency so they’ll have more difficulty
convincing people the problems are addressed.”

Investigators ought to look beyond the cause of the
accident to the government’s response, says Andrew H. Wedeman, a political
science professor and director of the Asian Studies program at the University
of Nebraska-Lincoln.

The days following the accident on the Ningbo-Wenzhou
line showed how some of China’s 485 million online users are willing to
challenge authorities. Some watching video images and reading reports from the
scene said it appeared authorities were burying the rail cars and had abandoned
the search for survivors about six hours after the accident.

About 14 hours later, 2-year-old Xiang Weiyi was
discovered alive in the wreckage. Microbloggers asked whether her parents and
others could have been saved had the rescue effort not been called off.

And, after Wang Yongping, a
rail ministry spokesman, said at a July 24 news conference the girl’s survival
was an example of “the miracle of life,” he was derided by many in the online
community. The spokesman was removed from his job in August and posted to Poland in a diplomatic role.

Microblogs, which have at least 300 million registered
users in China, highlight the contrast between the official version of events
and how people actually see them, says Hu Yong, an associate professor of
journalism and communications at Peking University.

“They make public opinion more visible, and that means
pressure on the ruler,” Hu says.

Wang, the widow, also used the Internet to voice her
disgust. “I will never accept the railway ministry’s apology,” she wrote Aug.
12 to her followers on weibo, the Chinese name for microblogs.

Some members of the public still question the official
death toll.

Hua Xinmin, whose grandfather was a prominent Chinese
railway engineer, is collecting the names of riders in six of the most damaged
rail cars to determine if the government’s accounting is accurate. Her weibo
posts were forwarded 10,000 times before being stopped by the service provider.

“This is about the dignity of each life and a safe
tomorrow,” Hua, a French citizen living in Beijing, says. “What’s at stake is
the credibility of the government.”