贺卫方 | Justice by death in China

原文
Justice by death in
China
Reshma Patil, Hindustan Times
Beijing, September 17, 2011
按：这是印度最具影响力的英文报纸《印度斯坦时报》对中国最近死刑动态的一篇报道。
With a bullet in the back of the neck or
lethal injection, China has executed thousands of prisoners in the
decade since the assassins of Rajiv Gandhi paced death row in
India. In China, perhaps more than in any of the 58 nations
enforcing capital punishment, the public demand an eye for an
eye.

“Most Chinese people can’t imagine a society
without death penalty,’’ rights lawyer Teng Biao told
HT in Beijing. “They don’t have the chance to know
of an alternative.’’

The Communist Party this year cut its list of
capital crimes — forging tax invoices, for example, is no longer a
deadly sin. But leniency for graver crimes like corruption and
hit-and-runs still face public resistance. Beijing also tried to
plug growing public anger over toxic milk and food with an
assurance that food safety violators who cause fatalities will be
punishable by death.

Recent death sentences aimed at showing the
public the party’s grip on high-profile corruption down to the
farmer who laces pork with chemicals. Since June, China has
executed a 21-year-old music student who stabbed a waitress to
death, two corrupt ex-vice mayors of Hangzhou and Suzhou and a
truck driver convicted of killing a herder in May and sparking
ethnic riots in Inner Mongolia.

The death penalty is ‘deeply rooted’ and
‘widely popular’ in Chinese culture, said San Francisco-based John
Kamm, spokesman of the Dui Hua Foundation. An average 60-70%
Chinese vote in favour of it on polls, he said.

The first stirring of a change in China’s mood
on capital punishment came this summer with a small group of
students and legal scholars speaking up against retributive justice
as a pale pianist in a navy sweatshirt wept in court. Yao Jiaxin
was executed eight months after he killed a woman.

India has executed one person since 1995.

The trial of Yao Jiaxin
“Our home is like hell,’’ tweeted Yao Qingwei in August. “My wife
is incoherent. She often speaks to herself, regretting not cooking
her child’s last meal.’’

He declined to speak to HT on the events since
the night in Xian last October when his son Jiaxin’s new red
Chevrolet hit Zhang Miao, 26, on her bike. As the mother of a
toddler memorised the license plate number, the student stabbed her
eight times to avoid arrest and compensation.

Yao Jiaxin unleashed a tsunami of online
opinion favouring capital punishment and scorning the youth values
of the new rich generation. Chinese tweets on the issue roused more
passion than the statements from Indian political camps divided on
mercy for the Gandhi killers.

Days later, a Yunnan murder convict with a
death sentence revised to a two-year reprieve was back on death row
under public pressure.

“Death penalty has a mass base in China,’’
argued Zhang Xian who represented Zhang’s family, recently on his
micro-blog. He has over 80,000 online followers.

The non-elected Party wields the lethal injection to boost its
legitimacy in the face of mounting public frustration against
corruption. China is 79 on the Transparency International index
despite imposing the ultimate anti-corruption dose. Some analysts
speculate that undetected corruption in China may be worse than
India’s, which ranks 84 on the index. An ex-railway minister who
led China’s bullet train project is the latest top official under
investigation.

“They select some officials as a model,’’ said
Teng, “because it is not possible to arrest and punish all corrupt
officials.”

In July, a former executive convicted of
corruption in China Mobile, the world’s largest mobile phone
operator, was sentenced to death with a two-year reprieve. Teng
wrote recently that sentences are delivered under guidance of the
Party discipline inspection departments and the code of criminal
procedure is merely a ‘reference’.

“Since the 1980s, China continuously conducted
crackdowns with many death sentences,’’ law professor He Weifang at
Peking University told HT. “After every crackdown another crackdown
needs to be carried out, which indicates that death penalty doesn’t
work.”

Dip in the death count

Dui Hua estimates that about 5,000 Chinese were executed in 2009,
including Briton Akmal Shaikh, an alleged drug dealer. Until this
year when the 68 crimes punishable by death were pared to 55 —
including 31 non-violent crimes — the Chinese could face death even
for smuggling antiques. Low-profile criminals are sentenced under
the shadow of secretive trials.

“I’ve seen many cases where the innocent are
sentenced to death,’’ said Teng. “Sometimes the PSB (police) denies
lawyers meetings with clients. And state-appointed lawyers may be
incapable or dare not go against the court.’’

Professor He campaigns for abolishing the death
penalty and disclosing official records on executions. It may
happen, ‘maybe in 20 years,’ he said.

“There have been several such high-level
admonitions since the SPC resumed final review of death sentences
in 2007,’’ noted Kamm. 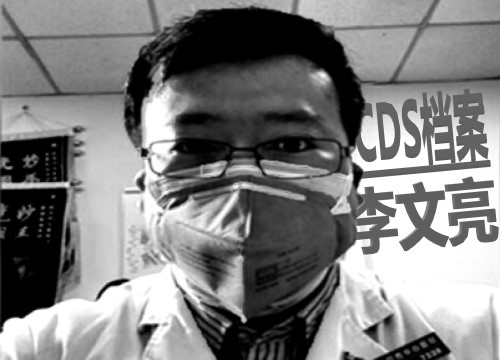