原文
High Peaks Pure Earth has translated a blogpost written by Woeser on November 8, 2012 from her home in Lhasa and posted on her blog on November 9, 2012.
The recent sudden dismissal of the head of the Tibetan service of Washington D.C based Radio Free Asia (RFA) is the topic of Woeser’s blogpost. Despite this dramatic event taking place, Tibetan media has been silent on it so far. As Woeser mentions, she has been a regular contributor to Radio Free Asia, bothto the Tibetan service and the Mandarin service for several years now.
Below Woeser’s post is a translation of a short biography of Ngapo Jigme as published on the Chinese pages of Wikipedia. Finally, for an article by Woeser on the death of Ngapo Ngawang Jigme, Ngapo Jigme’s father (Ngapo is the family name), see this link: http://highpeakspureearth.com/2010/ngapo-ngawang-jigme-the-death-of-an-historical-figure-by-woeser/ 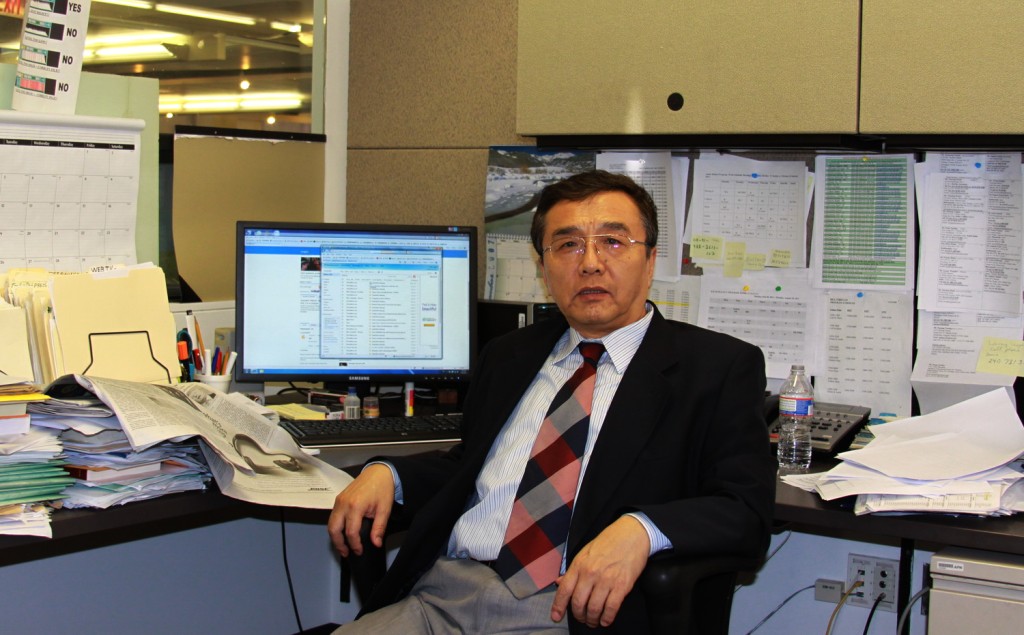 Biography of Ngapo Jigme taken from the Chinese pages of Wikipedia

Ngapo Jigme (1951-): the son of Ngapo Ngawang Jigme, born in Lhasa, Tibet. In 1959 he was transferred to the elementary school attached to the Central Institute for Nationalities in Beijing, and in 1964 he went to study in No. 4 Middle School in Beijing. In 1968 he went to live and work in the Left Banner of Tumed in Inner Mongolia. As a member of the first group of worker-peasant-soldier students, in 1972 he went to study at the Foreign Languages Department, Inner Mongolia Normal College, and upon graduation, he taught at the Lhasa Middle School and Tibet Teacher’s College. In 1978 he was admitted into the Research Institute of the Central Institute for Nationalities in Beijing, and received his M.A. in 1982. Upon graduation, he became the assistant research fellow of Tibet Institute at Central Institute for Nationalities. In 1985 he went abroad on a visit, and in 1987 he studied at Department of Government and Foreign Affairs at University of Virginia. In 1990 he worked at the International Campaign for Tibet. In 1996, Ngapo Jigme became the director of the Tibetan service of Radio Free Asia. Ngapo Jigme’s views on the Tibet issue are different from those of the Chinese Communist Party or Tibetan government in exile.
This post is also available in: Chinese (Simplified)
【唯色注：这篇英文译文转自high peaks pure earth（高峰净土）网站，感谢翻译。】