We at TPOHK have noticed that some reports being circulated in the Philippines and Hong Kong claimed that Hong Kong supporters have shown unruly behavior and handed out racial abuse to the Philippines supporters and players during the recent match between Hong Kong and Philippines. We would like to clarify our positions and state the actual facts.

It must first be understood that any match between Hong Kong and Philippines will carry a high level of sensitivity, especially due to the unprofessional handling on the Philippines’ part in the Manila hostage crisis on 23 August 2010, which resulted in the death of 8 innocent Hong Kong tourists. For many people in Hong Kong, the scar still very much remains, especially when the Philippines has yet to offer any substantive apology on this matter. As such, it is unavoidable that emotions will run high in a match like this with this as a background.

TPOHK would like to highlight that in past occasions where foreign supporters came to Hong Kong, there were chants on the both sides to undermine the players on the field – and sometimes some of these chants may not be the most pleasant for hearing, but after the match, friendship is born among these supporters. In previous visits of supporters from other countries and regions, including Singapore and Chinese Taipei, supporters from both sides were able to befriend one another after the game. Even in the previous home game against Malaysia, in which Hong Kong was beaten 3-0 by the visitors, there was no issue whatsoever. So clearly, “creating friendship” was never on the agenda of the Filipino supporters.

We would also like to express our anger and disappointment towards the Hong Kong Football Association (HKFA) and the Leisure and Cultural Services Department (LCSD) which is the agency managing the Mong Kok Stadium for their repeated incompetency. In such a highly emotionally-charged game, these agencies have failed to take preemptive risk assessment and set up a designated zone for Philippines supporters. Instead the agencies loosely allowed them to sit wherever they wish to. It only took one small spark to trigger a big conflict. Both sets of supporters were not being segregated at all, and it was no wonder that skirmishes eventually did break out, especially when there were so much provocations going on. It is alarming to see that the HKFA and the LCSD are still handling international matches in such an amateurish manner, despite the claim that it is progressing under the Project Phoenix.

At the same time, we are highly disturbed by the fact that the online version of a leading English newspaper in Hong Kong has decided to cover the story only from the Filipino’s side of the story and not the Hong Kong’s side. It is indeed regrettable that this newspaper would rather highlight the apparent negative actions on the part of the Hong Kong fans, while completely neglecting the provocation the Hong Kong supporters were also receiving. We always hold in high regards professionals in the media industry, hoping that they would provide a balanced viewpoint, but apparently this English newspaper has failed to do so, and it is indeed regrettable. What is more disappointing is that the report chose to use posts on social media site to be the source of the story. To sensationalize a story by being blatantly biased for one side and try to generalize Hong Kong people as being racist is, in our opinion, rather unprofessional and we consider it unfortunate that in order to attract readership, the paper has chosen to run this story this way.

TPOHK would like to take this opportunity to reiterate our stand. We support the Hong Kong representative team and we do so by singing, chanting, waving flags and displaying banners. We seek to build friendship with opposition supporters and do not condone any acts of hooliganism and racism. Should the HKFA be launching investigations on the so-called racism claims, we would be happy to provide assistance. But at the same time, we call for a fair and complete investigation which aims to find out the whole truth, instead of being biased and judgmental towards any one of the parties involved. 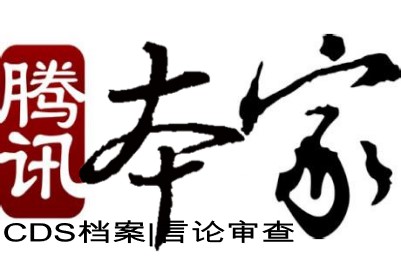