ONE SENTENCE ABOUT TYRANNY Written by Gyula Illyés Translated by Andris Heks source: http://en.kanzhongguo.com/culture_history/one_sentence_about_tyranny.html ‘Where there is tyranny, there is tyranny, not just in the barrel of the gun, not just in the prisons, not just in the interrogation rooms, not just in the guard’s word shouted through the night; there is tyranny not just in the prosecutor’s smoke-dark streaming charge, in admission, in prisoners’ wall tapped Morse signals, not just in the judge’s chilling verdict: guilty!- there is tyranny, not just in the marshal’s bark: ‘attention’, ‘fire!’; in the drum roll, and in how they drag the corpse to the pit, not just in the secret news anxiously whispered through the half opened door in the ‘sh’ of the finger sealing the mouth: ‘don’t move!’; where there is tyranny, there is tyranny not just in the displayed facial feature that’s as stiff as grid; and in that grid, in the already wordless, writhing cry of pain in the silence boosting mute torrent of tears; in the bulging eye, there is tyranny, not just in the ‘on-your-feet’ blared ‘long live-s’, ‘hurrays’, songs; where there is tyranny, there is tyranny, not just in the relentlessly clapping hands, in the opera, in the trumpeting, in the just as hypocritically cheering stone monuments, in colours, in galleries, separately in every frame, already in the painter’s brush; not only in the noise of the softly gliding car at night, and in that: it pulled up at the gate, it is there as you say ‘hello’ and you sense through the silence of the receiver, that a stranger is eavesdropping; for tyranny is presently there, in every single thing, as not even your old god would have been able to be; there is tyranny in the nurseries, in the fatherly advice, in the mother’s smile, in how the child replies to the stranger; not only in the barbed wire, not just in the book slogans which are even more stupefying than the barbed wire; it is there in the parting kisses, in the way the wife asks: when will you be back dear? in the street, in the routinely repeated how-are you-s, in the sudden loosening of the handshake’s grip, and as your lover’s face freezes instantly, because tyranny is there at your date, not only in the interrogation, it is there in the confession, in the sweet word’s ecstasy, like a fly in the wine, because even in your dreams you are not left alone, it is in your bridal bed, before that, in the desire, for you will deem beautiful only that which it already possessed once; it was tyranny you lay with, when you thought you loved, on the plate and in the glass, it is there in the nose, the mouth, in cold and in twilight, outdoors and in your room, as if through the open window, the putrid stench flooded in, as if somewhere in the house there was a gas leak, if you talk to yourself, it is tyranny that questions you; already in your imagination you are not independent, even the Milky Way above is different: it is a border zone, scoured by beams, a minefield; the star: it is a spying window, the teeming sky canopy: it is just one labour camp; for tyranny speaks from fever, from the tolling bell, out of the priest’s confessionals, from the sermon, the church, the parliament, the torture rack: are all its stage; open or close your eyes, tyranny is looking at you; as disease, it accompanies you, like a souvenir; you hear it in the rattle of the train wheel: ‘prisoner, you are a prisoner’, on the mountain and beside the sea it is this that you inhale; in the flash of the lightening, it is in every unexpected noise, light, in the startled heart; in rest, in shackled boredom, in pouring rain, in sky high bars, in the cell-wall-white entrapping snowfall; it looks at you through the eyes of your dog, and because it is there in every goal, it is there in your tomorrow, in your thought, in your every movement; as the river cleaves its bed, you follow and create it; peek out from this circle? it is tyranny that looks back at you from the mirror, it keeps an eye on you; no use to try to run away, you are at once a captive and the captor; it impregnates your tobacco’s aroma, your clothes’ fabric; it penetrates you to the marrow; you would like to think, but only its ideas come to mind, you would like to look, but you can only see what it conjured up for you and already forest fire surrounds you, fanned into flame by the matchstick that you threw down but not stamp out; and readily it also guards you, in the factory, in the field, at home and you no longer feel, what it is like to live, what is meat and bread, what it is to love, to wish, to open your arms wide, this is how the slave himself forges his fetters and wears them; if you eat it is tyranny you nourish, you beget your child for it, where there is tyranny, everyone is a link in the chain; its stench emanates and spreads from you, you too are tyranny; like a mole in the sunshine, we walk in blind darkness and we fret in our chamber like in the Sahara; for where there is tyranny, all is in vain, this ode too, any work, no matter how true, for tyranny stands at your grave in advance, it tells you who you were and even your dust serves it. 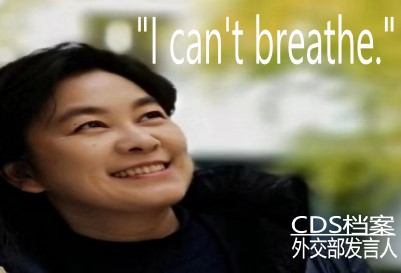